Hey Guys, Charis Joy Jackson here; the resident female independent filmmaker in The Initiative office. The guys are like the brothers I never had, but always wanted…

…and getting to do what I love…well that’s just flippin’ awesome!

For the past couple of weeks, we’ve been focused on casting for The Umbrella. It’s been heaps of fun getting to see so many different actors come in and read for the parts. Everyone has a different way of portraying the characters, and it’s been fun to see all the creativity pour our in the audition room. Getting to connect with local talent has been so great for us, I feel like it’s opened doors for future projects as well.

So a little bit about the process; we post casting calls on various websites and with different agencies, and then when we hear back from actors who are interested in the project, we set up times when they can come in and audition.

One thing that I love about working with The Initiative is that, we get to wear several hats at once; for example, this week I was the Casting Director and also the reader in the auditions. Which basically means that I was emailing A LOT of people and then doing the other lines in the scenes with the actors who came in to read for certain characters.

As someone who loves acting, it was fun to read with all the actors. It’s a chance to “act” a little with a myriad of different people, which has been a nice refresher from all the chaos that comes with filmmaking.

I absolutely love that I get to do this.

A habit of actors should be to continually fill up the personal ‘storehouses’ of ... 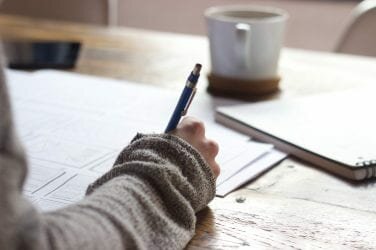