“A single dream is more powerful than a thousand realities.” ― J.R.R. Tolkien

Inspiration all starts with a dream.

The dream of a story that needs to be told.

After months and even years of envisioning this dream, something happens to pull it together.

When that dream combines with reality something magical happens.

That’s what is happening now. People are coming from all over the world to Brisbane Australia. They have combined that dream with their own and now we are seeing the fruition it.

The result of this single dream is lives touched. Experience gained. Knowledge learned and strength forged.

It will have a lasting ripple effect on the world through those that are a part of it. This dream of a story is The Out of the Woods Project, The Initiative Production Company’s second feature film.

Every once in awhile you get to be a part of something special and so amazing that you know will have an effect on so many people.

When that happens you drop everything and you go for it.

Nine months ago I got on a plane and flew halfway around the world to get here. At that point I had no idea what making this film would entail, I still don’t know what the journey will bring, I just knew I had to be a part of it.

My whole life I have dreamed of making films. Now the dream is happening and I don’t think it has sunk in yet. The more I sit here typing about it the more it finally is becoming real.

I am working on a feature film.

I AM WORKING ON A FEATURE FILM!!! IN AUSTRALIA!!!

I am working with an amazing and passionate team who wants to make great films. I couldn’t have asked to be in a better place than this. We are so excited about what we are doing and how The Out of the Woods Project is going to impact the film world here in Brisbane. We have already seen some of that impact in action.

When dreams become reality what do you do? You dream bigger. You make the next dream more than the first one. That is what The Initiative has done moving from our first film to the second and it is going to be worth it.

As this is happening I am learning to keep dreaming. To dream big. To keep chasing those dreams. One day they can become reality and it will be worth it. 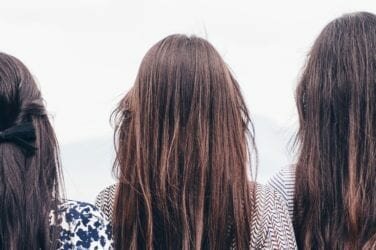