1998 Detroit Michigan. I was just a little kid, and had found the VHS copy of Star Wars my parents were borrowing from a friend. My mother, thinking the movie would go straight over my head, put it on for me in the living room and went to go start dinner. When she came back, I was glued to the screen.

Every filmmaker has that one film that first inspired them, and Star Wars was mine. Everything about it fascinated me, the fun, the mystery and pure imagination of it all that really took you to a galaxy far away.

Fast forward some years, and I was a drop out journalist student who was taking a step out of his box to pursue his passion. I attended an open house at the Motion Picture Institute in Troy Michigan and stepped onto my first film set.

The feeling was like nothing else, I took it all in looking at the big studio lights and equipment. I was literally stepping on to a movie set, it was the glamour shot of film and I was all in; it wouldn’t be until later that I found, that wasn’t film.

Everything about filmmaking seemed so picturesque, until I started making my own short films. The glamour faded fast when I realized I had no idea what I was doing. I didn’t have any experience and I questioned every move I made.

I ran myself ragged, burning both ends of the candle trying to figure out how to shoot the scene, how to get the equipment I needed without going into debt and how I was going to get my crew to believe in me when I was shaking with every step I took.

To get the impossible done I just had to do it. There was no real method of making it easier, because filmmaking isn’t easy.

Fast forward a bit further and it’s the exact same thing. Even though I’m now working on a feature film- the dream come true, I still have no idea what I’m doing. It’s not glamorous, it’s hard, it’s trying and stress can easily get the better of you.

I’m not alone. Everyone working at The Initiative is going through the same thing. We’re still scared and we still need to make the impossible happen, but we’re doing it together and that makes a world of difference.

I think that’s why I love working for an independent film company, we’re just a bunch of people who’ve been inspired by the same thing: the drive to share a story. Even though it’s tough and it can suck, that fear, that adrenaline and stress, it’s what we thrive off of.

At the end of the day it’s what keeps us going, so we can recreate that same pure imagination that inspired us long ago. 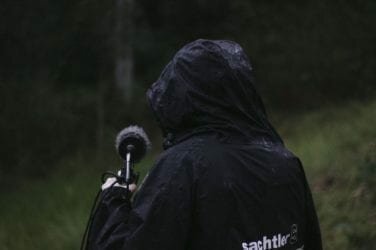 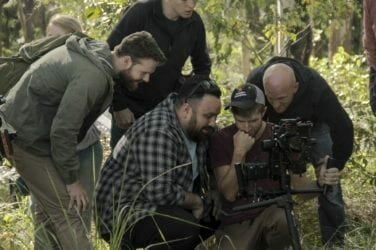 During pre-production for The Out of the Woods Project, our Director Jason Solari had ...