If you’ve listened to me talk about movies, you know how much I love James Cameron’s Aliens. I gush over it endlessly, describing in detail the first time I watched it; sitting on the edge of my sofa, yelling at the TV, throwing couch cushions in frustration. It’s an experience I’ll never forget, and has set a high bar for future films.

I took my love of Aliens to the next level this past year, as I showed it to my screenwriting students as a film that exemplified various story principles I was attempting to get across to them. This film isn’t accidentally engaging; it was built purposefully and intentionally.

I call it a perfect film, because it is. It accomplishes everything I think a story should.

Here are a few of the screenwriting principles I pull from watching Aliens endlessly.

I’ve seen countless notables herald Sigourney Weaver’s Ellen Ripley as the greatest action hero of all time. This isn’t said as some “feminists’” attempt to level the playing field between male and female representation in cinema.

It’s said because it’s true; Ripley deserves her place among other great, male action heroes like Batman and Indiana Jones.

Her heightened status as a character is for countless reasons, and a great deal of that is to do with Sigourney Weaver’s fantastic, Oscar-nominated performance.

Much of it, however, is by design in the writing. She’s given many of the same attributes that a typical male hero has; she’s tough, smart, level-headed, snarky, and resourceful. What really elevates Ripley , however, are the competing “lacks” that are given to her.

The film opens with Ellen Ripley being found in cryo-sleep, right where we left her at the end of the first film. The twist? She’s been asleep for over 50 years, and her daughter has passed away.

The screenwriter has created a “lack” in our character; something that is missing in her life, which will be brought to completion by the end of the film. Ripley has a daughter shaped hole in her heart that needs to be filled once more.

Ripley finds the hope of completion of this lack when she meets the young girl, Newt; the lone survivor from the xenomorph attack on LB-426.

Simultaneously, the screenwriter establishes an opposing “lack” early on. Ripley has been left scarred and broken by her previous encounter with the xenomorph (or “alien”). Her fear of them is something she will need to face again by the film’s conclusion.

The story is based around these two “lacks”, and its structure will force our character into a situation where she must decide which to hold on to; her fear of xenomorphs or her need to be a mother.

It’s “lacks” of this nature, particularly lacks that could be in conflict, that hook people into a story. It causes people to identify with the dilemma and care for the lead character. Without this element, your film will be dull.

Look at Godzilla (2014), an utterly forgettable film for several reasons. One of which is due to the fact that we established none of these things in the character of Ford (Aaron Taylor-Johnson), or at least not well. The writers attempted to give him opposing lacks or a dilemma by missing his wife and having relational tension with his father. These opposing lacks almost worked, that is until his father dies abruptly in the film, removing any tension in his character. As a result, for the rest of the film I couldn’t relate with Ford; I could’ve cared less about the outcome of the film.

Many would call the plot of this film “formulaic.”

This is probably because it is extremely formulaic.

Read The Writer’s Journey or Save the Cat and you will see that the plot of this film fits rather neatly into either of these film structures or “beat sheets.”

This is a large part of the reason why I chose to view this film in my screenwriting class; it’s easy to see the familiar structure, and how it can be used well.

Personally, I don’t think formulaic is bad, especially if it’s used as effectively as James Cameron does in this film.

We have our character’s competing “lacks” or dilemma and now it’s the writer’s job to create a plot that will force her to face both and make a choice.

There are two important choices our character has to make throughout the film, and they are both found at the “act breaks,” or the end of the first and second acts of the story. The end of the first act is our hero’s decision to go on the adventure in the first place. In the film, this is found when Ripley decides to go to LB-426 with the Colonial Marines.

The second choice is crucial; your entire story should be building up to it. The plot leads up to this point beautifully in Aliens.

Throughout the second act, Ripley is put in situation after situation where she has to face her fear of the xenomorphs and build her connection with Newt. One of the most brilliantly tense scenes is about halfway through the film when Ripley and Newt are locked in a room alone with a face hugger; a smaller version of the final act, training Ripley for the end of the film where she has to protect Newt from the largest xenomorph there is: the Queen.

As the film’s plot moves forward, the marines are picked off one by one, the base’s reactor is set to blow in less than an hour, the xenomorphs overtake their base, and Newt is kidnapped and taken to the hive.

Ripley is left alone and with a choice…does she leave because she’s afraid, or does she enter the hive and reclaim her daughter before it’s too late? Ripley chooses to go back and save Newt on her own, in spite of everything against her, and in spite of the fact that it’s where all of the xenomorphs live.

This shows the audience that not only has she once and for all overcome her fear of xenomorphs and broken their hold over her, but that she has found the completion for the daughter-sized hole in her heart.

The whole plot is built around the character of Ripley facing her fear, and getting what she needs to grow. If you want to tell a compelling story that matters, you should do the same.

Let’s compare this climactic moment to Godzilla’s. By the end of the film, the character of Godzilla is inconsequential to Ford’s journey and vice-versa. When the other monster (not Godzilla) attacks the city at the end, Godzilla stops it. It was by far the coolest part of the film, but it meant nothing to me. I hadn’t built an emotional connection to Godzilla, but Ford. However, Ford’s character is detached, passive and unrelated to this event, and I was left wondering why Ford’s character was necessary to the story at all.

Think about films that genuinely frightened you or made you feel something. How were they able to accomplish that?

On the horror side of things, it’s almost always because they were successful in making me care about what happens to their characters. In Aliens, the most tense moments by far were Newt was in danger.

I think this is for two reasons. The first is simply because she’s a child; any scene where a child is in danger is automatically more intense for me (I’m looking right at you Jurassic Park). The second is because the filmmakers succeeded at their main job; they made me care.

I identified with Ripley being scarred from her past, and losing a significant relationship in her life. Seeing Ripley and Newt’s relationship flourish throughout the film, made it that much more nerve-wracking when Newt was kidnapped at the end of Act 2. It’s not just because she was a child and she was taken, it’s because she was the key to Ripley’s salvation and without her, Ripley is back where she started, only worse.

I knew that Ripley wanted a daughter, and when that was in jeopardy the film’s tension went through the roof.

The world itself wasn’t at stake, but Ripley’s was, and that’s what made the last 30 minutes of Aliens so intense.

We had to watch Ripley face her biggest fears head on and overcome them to get what she ultimately needed, a family. Without this element of family and relational completion this film would’ve lost all of its tension.

Let’s compare the final act of this film to the final act of say, Avengers: Age of Ultron. Literally, an entire nation might be destroyed by the villainous Ultron (for some ambiguous reason that is still very unclear to me). It should feel like everything is at stake. However, there wasn’t a single tense moment in the entire final act. The world was at stake, but none of the world’s of our characters’ were.

If the final act isn’t about a character overcoming a “lack” in order to save everything they hold dear being in total jeopardy, then your story isn’t going to be as thrilling as it could be.

The heart of this film is what elevates it beyond a run-of-the-mill, action film. 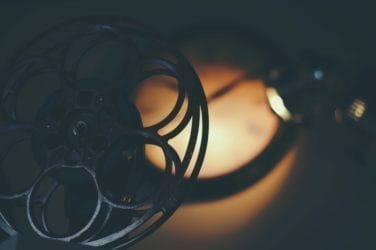