I grew up on a steady diet of classic musicals throughout my formative years; watching Fred Astaire and Ginger Rodgers was about as essential in my household as eating all of my vegetables.

Even if it was against my will at times, I fell in love with the movie musical.

Imagine my excitement to learn that Damien Chazelle (writer/director of my favorite film from 2014, Whiplash) was taking on an homage to classic, MGM musicals as his next feature. It became one of my most anticipated films of the year.

After viewing this little miracle, I can say with confidence that Damien Chazelle and his team have created something truly special; a perfect synthesis in style of our own generation of filmmaking and the cinematic past. However, for me, it never quite hit the stratosphere that it could’ve.

La La Land follows two dreamers living in Los Angeles: Sebastian, an elitist Jazz pianist who dreams of opening his own jazz venue, and Mia, an actress who can’t seem to get a part in anything. After several chance encounters, Sebastian and Mia begin to fall in love and develop a relationship that could potentially jeopardize the dreams they’ve fought so hard for.

Ryan Gosling and Emma Stone are a perfect match for each other. While Ryan Gosling brought much needed charm to a character that would’ve been extremely unlikeable in the hands of a lesser actor, it’s Emma Stone’s Mia who really steals the show. Before this film, I thought she was born to play her character in Easy A, however, Emma Stone has found yet another role that was tailor made for her. Every stage of her character’s journey is maneuvered through effortlessly and believably.

This, however, brings me to my largest criticism of this film; the singing and dancing.

I’m spoiled; I’ve watched Gene Kelly, Debbie Reynolds, and Donald O’Connor tap dance until they fall over (literally) since I was able to comprehend images in space. While the dancing in this film was more than adequate, it rarely moved passed grand, choreographed movement, and when it did it felt simplistic, specifically involving the lead characters.

This is the one area to me that made the film feel illegitimate as a proper homage to classic musicals of old.

As for the vocals, it continued a strange trend of what I call “whisper singing.” I strained to understand what the leads were singing, as their vocals were unnecessarily subdued for most of the film.

The only number that truly moved passed this was “Audition,” which was coincidentally the most affective (and effective) song in the film.

Thankfully, most of this is easy to overlook as the spectacular visuals during these numbers really bring these sequences to life.

The opening number of the film is absolutely incredible and is worth the price of the ticket in and of itself. The visual choices always feel intentional and confident; Damien Chazelle knew exactly how he wanted to shoot these sequences and did just that, most of them were shot in one take (or at least were cut to appear that way).

Oftentimes, the camera felt like an unseen dance partner, twirling and drifting with our stars as they sing and dance along to songs you’ll leave the theatre humming yourself.

If nothing else, this film is a two hour love letter to L.A. and the people who go there to pursue their crazy dream of becoming somebody. Going for your dream can look foolish to outsiders, and even feel foolish to you, but everything worth doing in life involves risk and it involves vulnerability. The story wrestles with these nuances in such a way that will haunt you long after you leave the cinema, creating more questions than offering answers.

All in all, La La Land may not be the quintessential musical experience I hoped it would be, but it is still a thoroughly enjoyable experience, and an extremely confident film. 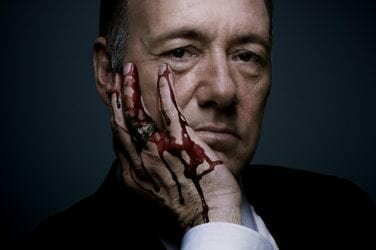 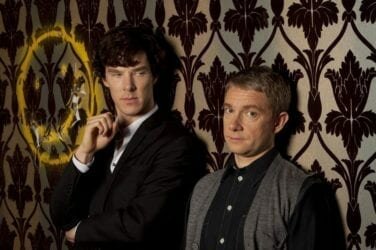 It just got serious This’ll hurt more than the debate between Hillary and Trump ...