Garfield is one of those actors I want more people to pay attention too.

As an aspiring actress myself, I am always intrigued by a certain quality in an actor’s performance. Often, it’s something I have a hard time defining.

It’s a characteristic I find uncomfortable and ugly to portray because I don’t want to be viewed that way, which was one of the reasons I started the Ugly Acting Series. I wanted to explore what it meant to be an ugly actor and why I think more people should pay attention to ugly acting.

In previous articles, I’ve focused on women who I find to be profoundly “ugly”; actresses like Angelina Jolie and Emily Blunt. Today, I’m excited to add Andrew Garfield to my list of ugly actors. The first guy to join the ranks, so to speak.

I’m not gonna lie. I’ve developed a bit of a celebrity crush on the 33-year-old actor, so when I say, Andrew Garfield is as ugly as they come, please know this is one of the highest compliments I can give.

What makes him so fantastically ugly? Let’s take a deeper look.

The Brutality of Hacksaw Ridge

With Andrew Garfield’s most recent success in Hacksaw Ridge, I hope it’s no surprise that I find him to be a singular ugly actor. If you have the misfortune to not have seen this movie yet, I am sorry for you. However, if you go watch the trailer, you will find even it holds amazing moments of ugliness.

Andrew Garfield plays Desmond Doss, who in real life became a US Army corporal and served as a medic in WWII.

What makes Andrew’s performance so worthy of ugliness is his stubbornness. Beyond all things Desmond Doss shows an extreme stubbornness that is both ugly and heroic.

He was willing to sacrifice everything to stand by his conviction.

I can only imagine how Andrew felt, portraying a character who so stubbornly refused to touch a gun – even to the point of missing his own wedding. There was his bride, waiting at the church and there he was being taken to military jail. All he had to do was pick up the gun and show he could use it, but he wouldn’t budge.

I know I’m contradicting myself here, but I actually find this ugliness quite beautiful.

My favourite moment from this film is when Desmond comes down the wall after his busy night of rescuing men.

It’s a brilliant piece of ugly acting from Andrew.

He’s smeared in other people’s blood, covered from the explosions and instead of staying in that heroic place, he allows himself to crack under the pressure. I mean, he totally had permission to do so, rescuing over 70 men in one night is hard work, but to actually go there as an actor is quite uncomfortable. It’s vulnerable.

I like to imagine one of the acting choices Andrew made for this moment, the inner monologue running through his mind was that he couldn’t save any more and that instead of breaking down because of the overwhelming physicality of it, that it was because he’d felt like a failure.

While other war movies allow their hero’s to crack too, I feel like this one is different. There’s something about Andrew’s choices here that moved theatre goers to tears. Maybe it’s the questioning look in his eyes or the struggle to hold together. It’s a strong choice on Andrew’s part, but it’s still done subtly so the audience can make it their own.

The Weakness of Never Let Me Go

Never Let Me Go, made me want to be a better actress. I mean look at the cast of ugly actors in this film: Keira Knightley. Carey Mulligan. Andrew Garfield.

The part that sticks out to me the most is how emotional Tommy is, which is the character Andrew plays. It is fantastically appalling.

We live in a society that tells men that crying is for sissies, that it’s a sign of weakness and unsightly.

So to watch a film, where the heart-throb shows these signs of “weakness” is ugly and uncomfortable. BUT, it’s also the truth and I find truth to be one of the most stunning things in the whole world – even when it’s ugly.

There are several scenes I could pick from, but there’s one specific one toward the end, where Andrew’s and Carey Mulligan’s characters are driving down a road at night. They pull over to the side of the road and Andrew’s character Tommy, gets out and starts to scream and cry.

They’ve just learned something horrible and instead of being the one that comforts, he’s the one in need of comforting and he allows himself to be held up and cared for.

As an aspiring actress, I love the dramatic moments, when my character gets to fly of the handle, but to actually do that while there’s a film crew surrounding you, lights pointing down on you, it takes courage. It takes vulnerability and forcing yourself to stay present and in the moment. Which of course I think Andrew does excellently here.

The Ugliness of The Social Network

Another brilliantly executed piece of ugly acting comes from Andrew Garfield’s portrayal of Eduardo Saverin in The Social Network.

When I sit down to watch this film, I know I’m in for an ugly ride. Hatred is ugly. Especially when it’s between besties. The backbone of it takes place in a conference room where Mark Zuckerberg, played by Jesse Eisenberg, sits with lawyers and on the other side of the room is his former best friend, Eduardo (Andrew), who is suing him.

In some ways it’s like a two hour argument (brilliantly written, of course, by the great Aaron Sorkin), but it’s still hard to watch. Especially, when these guys used to be best friends.

There’s one scene in particular where Eduardo has flown in for a meeting and party at the new Facebook offices, but he’s actually being forced out of his share in the company.

What I find so compelling and ugly about this particular scene is how uncomfortable it is to watch. Fights are always ugly, but when it’s done at the business level in front of an entire room full of employees, it’s even tougher to watch. But Andrew does a terrifically ugly job (meaning it’s amazing). His focus as an actor and portraying this moment truthfully is what makes the scene so difficult to watch. He has an attention to detail in the inflection of his voice and the emotion that comes from what happens in the scene are really interesting to watch.

It’s an ugly moment, but the story would have lost a lot of it’s poignancy if this scene hadn’t been done well.


The Wait for Silence

While I can only speculate at this point, I think Silence will be another singular effort in ugly acting by Andrew Garfield.

I realise every ugly moment I’ve showcased in this article surrounds the idea of crying, and while I do thing ugly acting is more than just being willing to cry on screen. I also think it’s one of the hardest things to do as an actor.

Crying is ugly. No one can cry beautifully. BUT it’s also hugely important for us to love it, because it has healing properties. We all need a little healing in our lives. So when I decided to add Andrew Garfield to my list of ugly actors, I thought it was important to highlight this aspect of his acting in the hopes it reminds all of us to be ugly and vulnerable, but especially to the men in our lives.

It takes a truly powerful and strong man to cry. 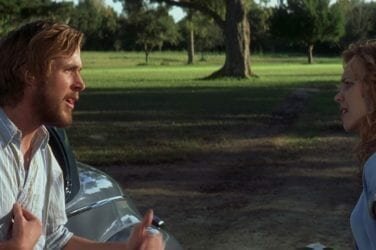 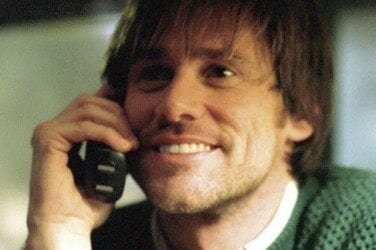 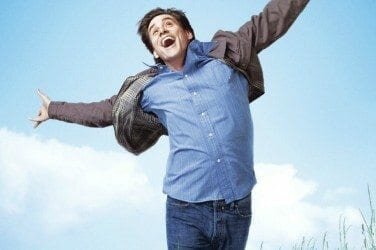 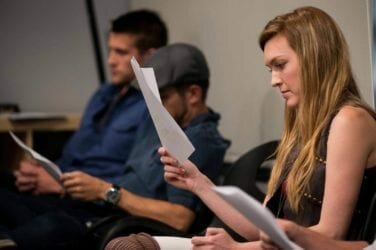