It takes a lot of tenacity and creativity to make a film. When your story relies heavily on the performance of a child performer, it can often be difficult to get the performance you’re looking for.

Every child will be different to work with. However, after learning how director Garth Davis worked with five year old Sunny Pawar in Lion, I thought, now there’s a unique style that worked well.

For Lion, Davis created a storybook version of the film to show Pawar so he could understand some of the heavier concepts taking place within the story. They also had an added difficulty, because Pawar didn’t speak English. Davis and Pawar created their own emotional sign language in order to get the reactions Davis wanted for the film.
This is a great idea and if you can incorporate something like this, do it. Here are some other things to keep in mind when it comes to working with kids for your film.

When working with kids you’ll want to schedule their scenes at hours between 8:30 AM – 4:30PM.

Sometimes you will need to shoot outside of this time frame, but where possible, aim to shoot their scenes between these hours. This will leave plenty of room for homework/school (if applicable).

I’ve been on a few sets where we’ve had to shoot late into the night with kids and it’s really tough on them to stay awake. They may be super excited about it, but the later you go, the more droopy they become. Unless you have a heart of stone, you’ll start feeling super bad about making these little ones stay up so late.

You want them to be at their best, so if you do need to schedule late night/early morning shoots, give as much warning to the parents as possible. This helps them make sure their child is still getting plenty of rest.

This is especially important if the turn around for them to be back on set is the next morning! Do your absolute BEST to avoid short turnarounds with kids. It’s not fair on them and will make it harder for you to film the scenes.

When shooting an independent film, you don’t have a lot of the same resources as the big sets. This means you may not have money for trailers, etc, but please make sure you have a space available for kids to be kids.

You’ll want a place that is away from the hubbub of set life, where they aren’t being distracted by a lot of noise and chaos. Where they can be loud and not worry about ruining sound for anything you’re shooting without them.
If you’re working with young kids, and they’re still in need of nap times, then keep that in mind when scouting your locations too. You’ll definitely need a space away from the noise so they can get the rest they need.

Often, when you work with children, your focus will be so fixed on getting what you want performance wise that you neglect the parents.

Think of things you can do to go the extra mile with them. Do they like coffee and are they bringing their child to an early call time? Stop and get them a cuppa. It takes an extra ten minutes out of your day, but it could really touch them to know you’re thinking of them too.
Also, let them watch the action. Sometimes kids won’t perform well if they’re parents are watching, but you can sneak them over to video village where they can watch their kid on screen. This makes them feel more part of what’s going on and they can be your biggest help to get the performance you’re looking for. They know their kid best, so they may be able to help you word things in a better way to get what you want.

If you notice your child performer getting along better with one of the other crew, for example, the makeup department, use that to your advantage.

It will help make your time with the child performer that much more efficient. Simply pull aside who ever it is, explain to them what you’re looking for in the performance and then let them approach the child with the piece of direction.
I’ve been on a few sets where this has happened and it’s really helped the child feel more comfortable on set and we get through their scenes faster than we would have otherwise.

For scenes where most of the action takes place between adults, but you need a child to be present for the scene, get creative with how you shoot it.

Do the wide shots first and any cut aways to the child performer that you think you’ll need for the edit, then wrap them for the scene and shoot the rest once the child has left the set.

This helps you get everything you need and make it so you don’t feel too rushed.
If there are several scenes like this in one day, this is where having that space set aside where the kid can just be a kid between scenes really comes in handy.

Above all, if you’re shooting in Australia make sure every crew member has a valid Blue Card. Be sure you can trust your entire crew around children. Create community with your team so that your set is a safe and family friendly place.

Over all, keep your film light and fun when kids are on set.

They’ve got big eyes and ears and are constantly taking in the world around them and often we stick them into scenes that are too big for them to fully comprehend. Be sensitive about this. Talk this through with their parents and be respectful and understanding if they don’t want their kid to be around something specific.

Don’t sacrifice a child’s well-being for your art. The more you’re willing to work with a family, the more the will want to work for your story.

Besides, you never know what a child can teach you about your story. They may see something you never thought of and it may make the scene ten times more perfect. 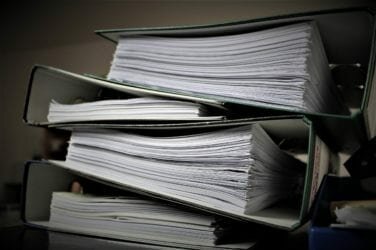 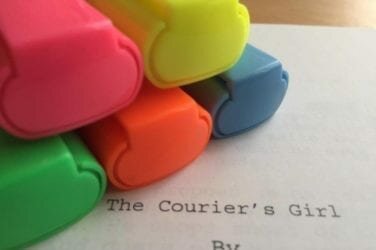 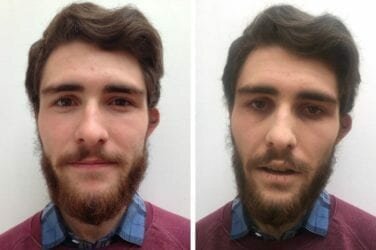 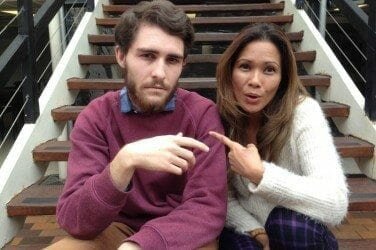 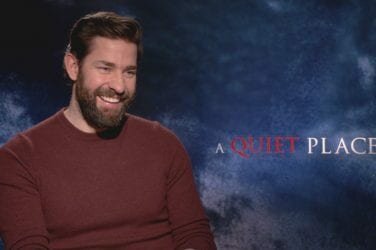