In my previous article on contrast in cinema, I dove into the contrast within the beautiful soundscapes of the film Gravity.

In this article, I want to dive into the visual world of 500 Days of Summer. It is one of my favourite films and a creative and interesting cinematic work of art.

Throughout the film contrast is used as a visual storytelling device, and is used to communicate the inner states of Tom (Joseph Gordon Levitt), the differences between him and Summer (Zooey Deschanel) and simply for comedic effect.

For those of you who haven’t seen this film, it is basically about Tom looking back at his past relationship with Summer. Initially he wants to get her back, but learns to let her go, gains some self-confidence, and finally moves on. It explores themes of what love is, through two very different views on love that Tom and Summer represent.

In the scene leading up to this moment, Tom is ecstatic about his relationship with Summer. His life is played out like a carefully choreographed musical. He enters the elevator with energy and a smug smile on his face.

Following that shot is one of him leaving the elevator months later. This is during a difficult time in Tom’s life; Summer has broken up with him, and at this point he truly believes she is the only person that can make him happy.

The editing here is clever as the filmmakers use our expectation of the continuity of the movement to communicate something about Tom’s inner state. What I mean by this is, we see Tom entering an elevator and therefore have a logical expectation to see him exit the elevator.

We do get to see him exit the elevator, but instead of it happening moments later, it happens months later. The stark contrast of these two moods makes it almost comedic, but also more tragic.

A sad moment can seem even sadder if it is put next to a happy one and we identify with Tom’s loss of hope even more.

What you can do in your own film is to use the audience’s expectation of the continuity of the movement to communicate something or create an interesting transition. Ex. you could cut from a child exiting their house for school, to them entering their workplace years later as an adult.

You can also, like in the film, put two moments of very different moods next to each other to emphasize how different they are and to make each mood appear even stronger. Ex. put a moment of someone yelling something silly right next to one of them being completely quiet and contemplative. This is also a concept I explore in my article about the film Gravity.

At the start of the film, Tom tells his friend Paul about some of Summer’s characteristics that he is in love with. As he speaks of them, we see a montage of shots that exhibit these characteristics. The montage ends with him describing how he always hears a specific song when he thinks of her (and the song plays in the background).

Later in the film, post break up, we see the exact same montage but instead of Tom describing how in love he is with these characteristics, he explains how he hates them. The montage ends with the same song playing and Tom loudly exclaiming how he hates this song. This violent burst of emotion takes place in the middle of a bus as he is listening to the song in his earphones.

This is comedic but also serves as a reminder of how deeply hurt Tom is by the breakup.

It is difficult to come up with a formula for comedy, but in this case the contrast between Tom’s statements about the exact same thing, is quite funny (especially him yelling and being asked to leave the bus).

I encourage you to experiment with how you can create comedy by using the exact same visuals/shots but with a different and contrasting meaning or context.

500 Days of Summer has a very carefully selected colour palette. Tom often wears auburn/brown and his surroundings, including his apartment, are primarily of this colour.

Summer on the other hand often wears blue and her apartment is blue.

These two colours are almost exact opposite on the colour spectrum, ecchoing how they are two very different people who want different things in life (at least at the start).

Tom believes in one true love. Summer doesn’t. This is the core of the conflict in their relationship.

This is especially evident in the scene where Tom and Summer argue over whether they are just friends or a couple. It takes place in Summer’s apartment which is predominantly blue. Tom believes they are a couple, but she doesn’t want to give him the stability of a committed relationship.

He storms out of her apartment as they disagree. My interpretation of the use of the colours in this scene, is that Tom can’t peacefully exist in her world. He can’t reconcile with her outlook on their relationship. It stands in contrast to his own.

We then see a split screen shot of both of them in their separate apartments. The colours are completely separate. They live in separate worlds but they both want to be together in this moment.

Tom’s colours are also significantly at the end of the film, as Tom pursues his true passion of architecture by interviewing in a building that is brown/auburn. This is where he meets Autumn who wears auburn and dark reds. This woman fits in his world!

One of the most interesting scenes is the split screen scene of expectations vs. reality. It struck such a deep chord in me the first time I watched it. I felt his pain of unmet expectation, because I’ve been there.

Through the stark contrast between the reality of Tom’s life and his expectations playing side by side, the differences become apparent. It is painful to watch because the contrast makes his disappointment even stronger. Tom’s hope of finding true happiness with Summer, is shattered when he realises that she is engaged to someone else.

If you desire to show the audience the vast difference between two scenes, scenarios, characters etc. this is one of many ways you can do that. However, you must be aware that it is a very strong choice that draws attention to itself. It works well in this film because Tom’s expectations are not real, they are only in his mind.

These are just a few ways in which this film uses visual contrast to tell the story and explore their different views on love. I encourage you to look for contrast in films and art in general. Notice how it impacts your emotional state or how it is used to tell the story of the film. Contrast is one of the strongest and most effective tools an artist has in his/her tool kit. 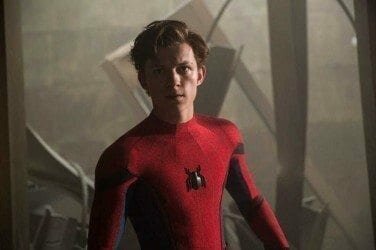 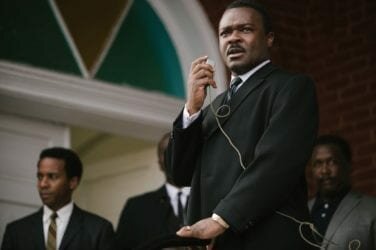 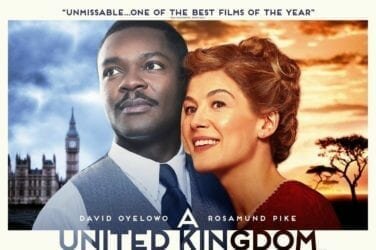