Why though? Well it’s a few different reasons. There’s the actor’s performances and the overall quality of the film, but the key is the storytelling that encapsulates everything.

As storytellers, we have the ability to move an audience. This is not something to be taken lightly.

There are so many films out there that aren’t about anything and not in the clever Seinfeld way either. I’m talking about the same generic films we’ve seen time and time again but with a different movie poster. Exhibit A:

So, your first step is to find your story.

The biggest part of storytelling isn’t actually to find the “best” story on the planet, it’s to find the story that you have to tell.

What are you passionate about? What are the things that really drive you and that you love to talk about?

I’m not saying that we all need to write a great philosophical masterpiece, but the things we do write should always be about something.

Look at Toy Story 3 for example; on the outside it’s a fun kids’ movie with loveable characters and quirky comedy. At its heart though, it’s a film about growing up, letting go and sticking together as a family.

Star Wars The Force Awakens is a big space opera with space magic and aliens, but it’s also about the timeless fight of good and evil; friendship and family.

Both of these films have been huge commercial and critical successes and there are a few different reasons for that. However, a huge reason is that there’s more to these films than meets the eye. They’re not groundbreaking, Shakespearean epics about going behind your parents’ back to date someone; they’re fun stories with themes and characters that resonate with people.

It’s the same reason Spider-Man blew up in popularity when he debuted in the 60s; readers found him relatable. It didn’t matter that his stories were about men in tights robbing banks; the character felt real.

The best place to write authentically is to write from experience. You don’t have to go chasing waterfalls. Just stick to the rivers and the lakes that you’re used to, I know you want to have it your way or nothing at all, but just don’t.

Take the movie Whiplash for example. One of the reasons it’s so great is because Damien Chazelle based the struggle of the film and it’s antagonist off of his own experiences as an aspiring jazz drummer when he was studying music at Princeton. He knew the world of competitive music intimately.

What Chezelle created was fictitious, but it came from a very real place.

I’m not saying you only have to write the things you’ve personally experienced (you can’t exactly write a script about buying almond milk and binge watching New Girl… or maybe you can).

Even on the more fantastic side of filmmaking one of the reasons X-Men 2, or X2 or X2: X-Men United (whatever title that movie settled on) was so great because it dealt with the character struggle of being a mutant in an unaccepting world.

To make this struggle more relatable Director Bryan Singer based the fictional intolerance of mutants on real life homophobia. This gave a more concrete feel to this fantastical universe of superheroes.

Writing authentically doesn’t have to do with writing reality, but writing from a reality.

How do we apply this though?

What you can do is write from emotional experiences and the perspectives of people you know.

Larry David based the character George Costanza, arguably one of the funniest characters ever written, on himself. Exaggerated, probably, but it still starts from something real. From there it naturally evolves into something more.

When I start writing a character, I base them off of someone I know. I structure dialogue based on how a friend of mine would say something. The character will always evolve into their own entity, but it helps me keep my characters both relatable and real. It’s the authenticity that’s going to sell your film.

This is only one way to go about finding your stories and how to give a sense of authenticity, but the important thing is to find it. It will separate your script and film apart from others in the best way.

Honestly, as writers and filmmakers, we can’t settle for anything less. If you have a talent, or desire to write and create, it can’t be wasted on something pointless. 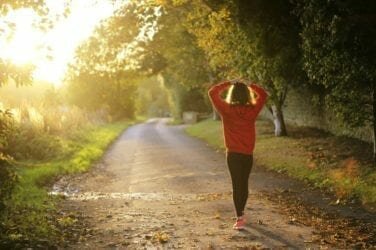