I think Arrival is one of the most innovative and creative movies I have seen in years. Yet, I had very low expectations going into this film. I was sure it was going to be full of clichés and not worth my time. There’s only a small handful of times where I’ve been wrong about my first impression of a film. This was one of those times. Never before have I been so compelled and impacted, no, stunned, by a science fiction movie.

Good, right? Below are my top ten reasons Arrival is this year’s best film.

One aspect of the film is the performance of the leading lady herself, Amy Adams. Not only does she give off an impression of awe and wonder at the events before her, but also her character stands out among the rest. While most of the other characters are busy thinking of ways to attack the aliens, Louise (Adams) thinks of ways to communicate to the aliens.

In this way and many others her character stands out starkly against the others, owing to her strong, if cautious, character.

I was immediately impressed by the deep simplicity of the rising action. Where most films would play up the dangers of an alien invasion, Arrival uses mystery as it’s primary tool to reveal to the audience what our protagonist, Louise, is up against. I was captured from the opening shot to the closing shot. My attention never wavered either. When I don’t check my watch during a movie, I know the plot is good.

The film’s supporting characters include Colonel Weber (Forest Whitaker), Agent Halperm (Michael Stuhlbarg), General Shang (Tzi Ma), Ian (Jeremy Renner), the aliens, and occasionally Louise’s daughter. Colonel Weber has the largest role of these characters, and acts as an excellent third party to the aliens and the two main characters. He raises the logical questions of what earth should do if the aliens are hostile. The aliens themselves are so strange yet they exhibit qualities that resemble human tendencies. Agent Halperm is easily dislikable as the minor antagonist who tries to stop Louise in the end, and he does excellently getting in the way of our two heroes. These characters balance out the story and interactions of the main characters. They are obstacles yet well rounded and realistic, not flat.

Instead of using cliché time-traveling techniques like a machine, the film really does well with the unconventional way it portrays traveling in time. Louise is able to travel through time, that is, recall future events to help her past, with the help of the aliens with which she learns to communicate. I mean, the time traveling was mind blowing. The element that it was how the aliens lived was the key to the original technique.

Whether it’s the slow dolly shot in the beginning with Adam’s thought-provoking voice over, or the first glimpse we see of the aliens, this movie is packed with suspenseful moments. They are able to use mystery in a superb way, instead of revealing the aliens in again, a clichéd way, they reveal them slowly, and even after the reveal we see only bits of them. I had so many questions about what the aliens were, their mysterious craft and how everything worked. I can’t remember being so curious since watching the opening scene from A New Hope.

The meta themes of this story is what got me the most. It dealt with the issues of love, language, time, and the nature of reality itself. And not only did it talk about these things in vivid, provocative ways, but it also accomplished this simply, in ways that most people can understand. It’s fairly easy to tackle a complex topic and present it in a hard-to-understand, complex way. But to convey these large ideas simply takes true genius. That’s one of the reasons this movie stands out. It captured these ideas flawlessly, yet always kept the attention of the audience.

It speaks to the testament of the director, Denis Villeneuve (Prisoners, Sicario). He wrestles with complex issues of time, language, love, the reason for movies, and miscommunication.

8. The simplicity and originality

One of the first things I noticed about the invading aliens is that the film didn’t overplay the invasion. Keeping with the secrecy of what was going on, as we followed Louise’s perspective, we were able to see the invasion in a more realistic way that I felt caught my attention really well.

The landscapes, the design, the lighting of said places! The cinematography (which was nominated for an Oscar) added so much to the mysteriousness and lucidity of the film. The base in Montana where we spend the most time is in this valley where the clouds constantly roll in. The landscape is something I’ve never seen before. And as for the time of the scenes, a lot take place at golden hour. The intensity of color and dark tones of most of the shots gives an added seriousness to the events. You can tell just from the first shot that there’s so much that went into the look of the film.

This was the part where the music swelled and minds were boggled. When she realises the answer lies in calling the Chinese president’s personal number, which in the present moment she simply doesn’t know. Not until she understands that she must access the future the same way the aliens do, is she able to get the president’s number and call him in the present.

I could spend so much time talking about the movie’s plot twist. My jaw hit the floor when I found out her flashbacks were actually flash forwards. When she’s simultaneously talking with the Chinese president in the future and getting ready to call him in the present, it was too much for me. Everything led up to that moment so well, and the payoff was extraordinary. I was on the edge of my seat. The film moved me in a way that no film has been able to before, or may even do so again. The most amazing plot twist, beating out A Beautiful Mind and yes, maybe even Empire Strikes Back.

There you have it. Ten reasons for why Arrival, is this year’s best film. I could see how people may not have understood it, and thus didn’t like it as much. But really, the themes aren’t complicated. To see a film capture such innovative thoughts and feelings like Arrival did, gives me hope that there might be more creative freedom in Hollywood than I thought. 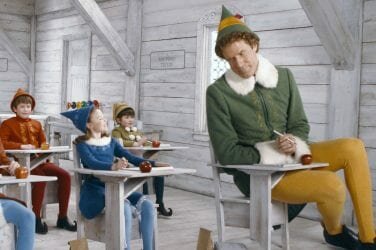 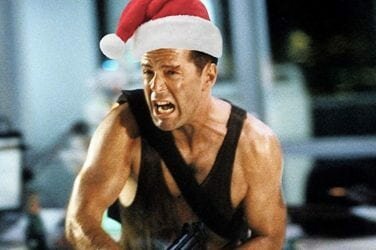 A short and creative list of The Independent Initiatives favourite Christmas movies. 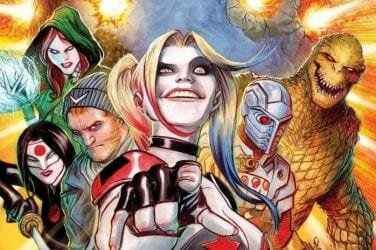 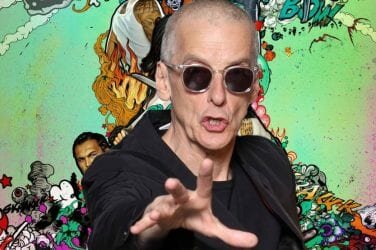