What if I told you you’re missing out on the most innovative and creative version of this beloved fairy tale?

Why aren’t more people talking about this innovative installment?

I’m a Beauty and the Beast fanatic. I’ve read the original fairytale by Gabrielle-Suzanne Barbot de Villeneuve published in 1740 and I religiously watched the 1991 Disney classic growing up. I may even be writing my own novel loosely based on it…

Out of all the Disney princesses, I identify most with Belle; a book-worm longing for adventure in the great, wide somewhere.

I had mixed feelings when Disney announced they would be remaking the classic (feelings which won’t dissipate until I see it for myself). However, right now I want to draw your attention to this 2014 version.

What I loved about La Belle et la Bête was how it stayed close to the original story, while still making it fresh and new.

In the fairytale by Villeneuve, most of the story between the Beast and Belle takes place at dinners. They talk about many things, but by the end of every evening the Beast asks Belle, “Will you marry me?”

Afterward, she has vivid dreams about a Prince who says he’s the real owner of the magnificent castle.

When she asks to return home to visit her family, the Beast tells her she must come back by a certain time, otherwise he’ll die.

It’s great fantasy and was originally written as a novella for adults.

This is why I enjoyed the 2014 retelling. The content was more complex and followed the same pattern of the fairytale.

In the original fairytale, the Beast has companions, but they aren’t a talking clock and a candlestick; they’re monkey’s and birds. In the 2014 retelling, his companions were hound dogs with exaggerated eyes and flexibility.

Where they differ and where this version tries something completely new is the sub-story that Belle dreams about each night. In Villeneuve’s telling, Belle meets with the prince and falls in love with him.

In Gans’ version Belle dreams of standing in front of a watery mirror in which she watches a story unfold between a prince and his princess. Ultimately, learning the Beast is actually the prince and finding out the reason why he was cursed.

If you have the chance to watch this version, make sure it’s the original with english subtitles, as the dubbed version can be painful to watch.

What struck me the most was the cinematography by Christophe Beaucarne. Every shot is intricate and beautiful.

The only real fault in the cinematography, is how often slow motion is used.

While watching the film, I wanted to screenshot every frame and save it as a desktop background.

I especially loved the scene above, the simple gif doesn’t do the moment justice. The timing of her turn, the way her dress billows in contrast to the fur coat of the Beast and his leap, makes the moment mesmerizing.

Another cinematic moment that stood out was when Belle walks into a magnificent room with a watery mirror on the floor. Instead of her reflection, we see the princess from the story and the camera does this edgy flip to invert the frame and change your perspective.
It aids the story and budding romance between Belle and the Beast, making you subconsciously relate the two love stories together.

These shots wouldn’t be nearly as epic if not for the production design done for this film. The sets, props and costumes are done with an intricate excellence.

This is most evident in the dresses Belle wears and the stunning glimpses we get of the castle.

Everything is done with incredible detail. I’d love to know more about how costume designer, Pierre-Yves Gayraud, created such exquisite gowns.

It’s funny how looking at the iconic yellow dress on Emma Watson now seems to lack something next to the magnificent array of dresses Lea Seydoux wears as Belle.

While I think every retelling is still great, I do wish more people would watch Gans’ version.

It’s closer to the original story and honours it with the visuals. It also draws the audience in just that touch more by setting the whole fairytale within a bedtime story read by a mother to her two young children.

I’ve only touched the surface on this film, but I hope I’ve inspired you to go look up this hidden gem.

If you haven’t seen this innovative film, watch it and tell us what you thought in the comments below.

BY JAY EVANS (WITH HELP FROM THE REST OF THE INITIATIVE) Sometimes the best ... 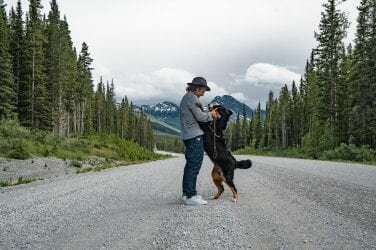 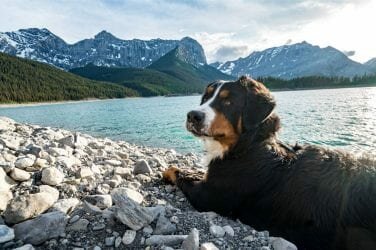