Shakespeare is a name we’ve all heard of, probably several times, at least in popular movie adaptations of his work. The actor, playwright, dreamer and entrepreneur is seen as a source of inspiration and creativity – or considered boring and foreign. Most couldn’t have gone through high school without reading at least Romeo & Juliet, Hamlet or Macbeth. And in high school, I think I can claim that not all of us have approached him with the best attitude and could have thought of better ways to spend our time instead of sitting in a classroom and not even attempting to understand the complicated language.

So, how does one even tackle a Shakespearean sonnet, monologue or play without standing on stage tensely, sticking out your chest and attempting to deliver the lines, hoping not to trip over them?

PUT ASIDE WHAT YOU THINK IT SHOULD LOOK LIKE

When it comes to well-known pieces of literature like Shakespeare’s works, you are bound to have some kind of expectation of what it should look like, or what it has looked like in the past. I’d encourage you: make it your own, do not try to copy any previous attempts.

One common reason why Shakespeare is so widely celebrated, is because of his extensive, even revolutionary understanding of the human condition. He explains how humans think and feel, he discusses the human psyche – which is timeless.

And this is why Shakespeare is ever so relevant.

Don’t let any previous perceptions or adaptations of his work take away from the journey and joy of chewing over the subtext and topics his works bring up.

HAMLET WAS A HUMAN TOO

Well, not really. Hamlet is a fictional character… but going along with my previous point, don’t allow the age, setting or language of the play to prevent you from identifying with the character you are portraying. Treat them as fellow human beings full of surprises, complexities and tumultuous emotions.

WHO, WHAT, WHERE, WHEN, HOW

It makes it very hard to perform Shakespeare authentically if you haven’t put in the research yourself. Answer the usual background questions of your character, identify objectives, relationship to other characters, etc.

What is extremely helpful is to research when Shakespeare wrote the play, what stage of life he was in and why he would’ve written the respective play/sonnet at that particular point in time and history.

USE THE RESOURCES AT HAND

“When I was your age, I had to walk all the way to the library and find all the appropriate books in order to do my research – and now you just sit in the living room and have all the information at your fingertips.” My mom somehow felt the need to mention this over and over again during my school years.

While she would point out the lack of resources she had, I would moan about the overload of information I was exposed to for my school projects. But, it’s true, we have access to so many resources through the internet – use them.

If you don’t understand the context of the play or the dialogue, look up sites such as Sparknotes to find ‘translations’, plot summaries, character analysis, look at Youtube, find TED talks etc.

Just make sure you don’t rely only on the interpretations you find online – personalise your character, add your imagination and pizazz.

Seeing that London was already a melting pot of different people and accents in Shakespeare’s time, English had a very different pronunciation too. When performed in modern English, many jokes, rhyme schemes and content gets lost ‘in translation’.

David and Ben Crystal (Father and Son) have worked together in finding out what the ‘Original Pronunciation’ of Shakespeare must have sounded like.

Here’s a video to show how this idea was developed and what the ‘OP’ sounds like.

Not only does the OP give clarification on the content of Shakespeare’s works, but it also changes the demeanor of the actor. In comparison to modern English, OP is automatically delivered at a faster pace, a lower voice and a different demeanor. Now, whether or not you choose to actually perform your piece in Original Pronunciation or not, give it a go in your preparation as this might help you to understand the respective piece better…and it’s a lot of fun to try out this weird mix of Scottish, American and Pirate accents.

Fellow Actor, Dreamer and Creative – I wish you all the best in your endeavour to bring your Shakespearean character to life, make it your own through your unique understanding and implementation!

Check Out These Remarkable Regional Differences in Cartoons 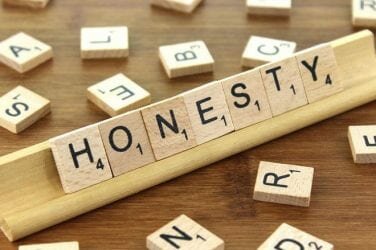 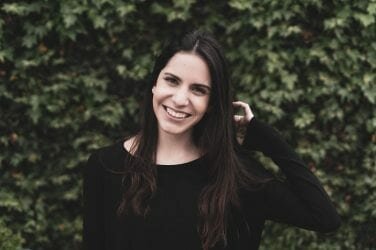 One of the things I find most fascinating is watching actors in their ability ...