Motivated by compassion and love is Diana of Themyscira, the Wonder Woman who is the latest superhero to grace our cinema screens. We all know her as the powerful goddess who answers to no man and seeks to defeat Ares, the god of war, thus saving humanity and making it pure again.

If only it were so were so simple.

Wonder Woman stands as an empowering testament of female capability, yet it masks itself in the desire to make life mean something. Men and women alike can relate to her character because of what she stands for: the desire to ‘make a difference’ in a suffering world, and the desire to continue doing so even in the realisation that the world will always suffer.

Before the age of disillusionment and cynicism rises to meet us, young adults often face a wonderfully powerful Messianic phase in which desires of finding a ‘cause’ to cling to come to fruition. Many times these desires are enacted upon and take many forms, whether it is through education, donating to charity or placing oneself in the midst of the trouble, it is common to give a damn.

Perhaps this is why we see so many people entering fields such as medicine, social work and law enforcement – these are practical ways of enacting this Messianic phase.

As someone who never had to care before, who didn’t even know there was a world to care about, Diana instinctively latched onto the idea that the world needed her. She was not aware of the power she possessed, and she was never told the purpose of her creation was to save the world from itself.

A powerful scene towards the beginning of the film shows Diana sneaking away from her home in the middle of the night to embark on her journey of Ares’ defeat, when her mother finds her and warns her that she may never be able to return. “Who would I be if I stay?” she replies. She became aware of a cause, and as a result felt responsible to do something about it.

Similarly, in our society, once a social issue is brought to light, it becomes our responsibility to do something about it. Ignorance is no longer blissful, and if one so chooses to do nothing, it becomes wilful – and who wants to be guilty of that?

Wonder Woman urges us to fulfil our perceived duty as human beings: to realise our common purpose, to live for something bigger than ourselves and to leave our comfort zone when doing so, even when it seems like nothing will change.

The themes of compassion, justice and ‘making a difference’ in the world is pertinent in the film. More insightful, though, is Diana’s journey from being the ‘saviour’ to realising she is actually powerless to change anything in a world that is self-destructive – in a world not wanting her help.

How do we, as those who do want to have an impact, respond to this? Furthermore, why should we even care? Why should we, like Diana, keep on fighting for humanity even as we watch humanity make the same mistakes? Diana’s partner in the film – American soldier and spy, John, insightfully outlines his motives for his actions. He says he can “do nothing or do something… I already tried nothing.”

This is a statement I believe resonates with many people, yet the perplexing question for me is: Why do we even feel like we want to do something? For Diana, it was the purpose of her existence – her “pre-ordinance”, she called it, and so it makes sense.

Is it also our pre-ordinance? What is our motivation and why do we persevere even as the world continues in its suffering? Interestingly, superhero films, such as Wonder Woman, all carry these similar themes of responsibility, duty and ‘saving the world’. They are the highest grossing films of our time.

It seems like a collective fantasy we have as a human race: to make our lives count for something great. Perhaps we project this ideal onto films such as these. They make us question our own pre-ordinance, and if we don’t have one, then we crave it. They call us to action. Ultimately, they are representations of what we could be.

Wonder Woman, albeit an empowering female figure, is a picture of the human purpose – a motivation to contribute to the common good of humanity. She calls into question our desires and motives for making a difference in our dark world, and challenges us to continue doing so even when nothing seems to change. 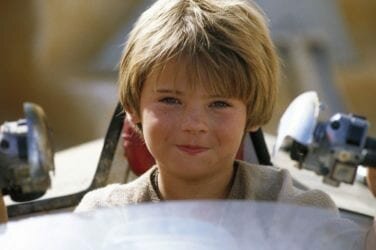