There is no film I’m anticipating more this year than Christopher Nolan’s Dunkirk. The trailer looks incredible, it’s Nolan’s first movie based on historical events, and compared to his previous films, will be quite different than what he’s done before.

There are so many reasons why this film is going to be great.

The first reason why I think this movie will be exceptional is because of its star-studded cast. We’re talking Tom Hardy, Cillian Murphy, Mark Rylance, and even the singer-songwriter, Harry Styles.

I know what you’re thinking, “Harry Styles? Does he even act, bro?” Or maybe you’re thinking about tacos, I dunno. But to answer your thoughts, Harry is said to be quite good.

According to an article on Huffpost, Nolan was cited as saying: “When we put the cast together, we had some established names: Kenneth Branagh, Mark Rylance, Tom Hardy, Cillian Murphy, […] But for the guys on the beach, we really wanted young unknowns. [Styles is] not that unknown, but he’d never done anything as an actor before. So he auditioned. I auditioned literally thousands of young men with different combinations of young men. And he had it.”

If Nolan says Harry Styles has….well, style, then I’m game. And if you’ve seen anything with Hardy, Cillian, or Rylance, then you know how exceptional those actors are.

The second reason why this movie is going to be incredible is because of the story itself. *Minor spoilers* may lie ahead. Tread at your own discretion.

Dunkirk is based on the evacuation of troops from Dunkirk, France, to England during the Second World War. After being completely routed in Europe by Hitler’s forces, the Allied troops had to retreat to the town of Dunkirk where they became surrounded and trapped for lack of boats.

Then, a miracle happened when Hitler decided not to use tanks but instead attacked with his superior air force. During the air raids, a massive storm rolled over Dunkirk, blocking the troops from the view of the pilots.

While this happened, civilians “across the pond” in England used whatever kind of boat they could to transport the troops home. The evacuation lasted ten days. It’s one of the most extraordinary events of World War II, and it’s exciting there’s finally going to be a film about it.

The third reason is because it’s being directed by Christopher Nolan, one of the greatest modern directors of our time.

Let’s look at his past work. His most notable pieces are Insomnia, the Dark Knight Trilogy, Interstellar, Memento, and Inception, .

According to IMDb, The Dark Knight and Inception are considered to be in the top 15 greatest films of all time. Nolan has shown his talent for action and suspense films, and Dunkirk’s story incorporates exactly those things.

I’m confident Nolan will create a movie worthy of the original story. And if you’re still not convinced, here’s the trailer:

Goosebumps, am I right? I’m so excited for this film. Because Dunkirk has great actors, a great story, and a great director, I think it’s going to be one incredible film. 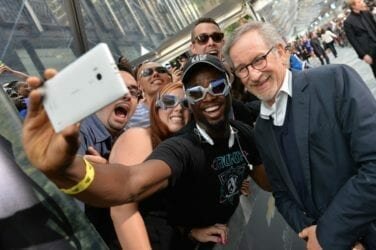 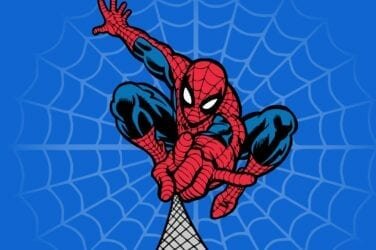