With music, action, Kevin Spacey, Lily James, cars, babies, and the creative use of editing unlike anything you’ve ever ‘scene’, this movie has it all. Baby Driver made a lasting impression, and more importantly, it made me laugh at so many moments.

There’s no lull in the middle of the story, it’s unconventional, you don’t see what’s coming next, the character is innocent and fun (until the end), and the consequences are real. Justice is served in the end. Baby goes to jail.

But I’m getting ahead of myself. There is so much to say about this film. The following points are why this is what entertainment is all about.

The editing is flawless

I was thrilled to see a movie pop and flow with the music like Baby Driver did.

The editor filmed it to the beat and rhythm of the songs. Even the gunfights are in time with the music, and the sounds were in time with the beats, making it smooth. If it doesn’t win best oscar for film editing then I will be surprised.

Editing to the soundtrack was a bold move because it’s never been done before. It payed off and honestly added to it being so fun and entertaining.

The Comedy Was On Point

As serious as this movie can be at times, what with people dying and all, it never loses a comedic moment. There’s numerous scenes where amidst the action someone gets something wrong or throws a joke. For instance, instead of using Michael Myers’ mask from the movie Halloween they use Mike Myers’ Austin Powers masks, all because of a lack in communication. Sometimes it’s the little stuff which makes the best comedic gold.

There’s moments where it completely catches you off guard with the humor. Which come to think of it is pretty standard for the kind of films Wright has made. Films like Shaun of the Dead and a personal favourite, Hot Fuzz, have good bizarre humor along with the violent deaths. Only I would say Baby Driver takes a bit of a more serious tone then his more popular works.

The Development of the Baby

Throughout the film we see the slow progression of the main character, Baby, played by Ansel Elgort, and what happens to his performance as a getaway driver when he sees killing and death. The transformation of Baby is ruthless, you see this innocent boy who is caught up in the middle of a gang because of a mistake and when he finally pays back all he owed Spacey’s character, Doc, he still has to continue working.

He finally snaps after one of his teammates kills a cop in a robbery gone wrong. He impales the guy and ends up killing another teammate as well, throwing himself into jail. It was an unusual character development all the same.

You have this character who is a criminal for the right reasons, so to speak, but in the end winds up doing the same terrible things as everyone else he works with. I haven’t seen it before, and it kept me on the edge of my seat because of it’s uniqueness. Toward the end, you just want Baby to run away with his love.

Overall, I’d say this movie is fun, suspenseful at times, funny at others, and completely engaging throughout the events, music and of course the magical editing.

Edgar Wright is able to make a completely new kind of action movie. What more could you ask for in entertainment? Baby Driver is a great example of how to make movies which are supremely entertaining.

The Must See Shark Film Of The Year 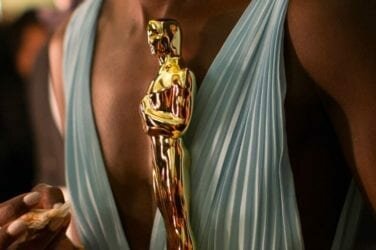 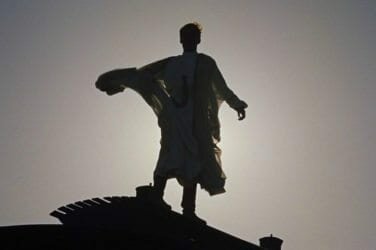 The Best of the Best Picture Winners

Perhaps you’re like me, and when the Oscar nominees for Best Picture are announced ...