Are you interested in stories that have impacted societies and revealed cultures in an innovative and empowering way? Do you love to travel and discover more about the world we live in, from different perspectives and do you love a good movie? Then continue reading and check out this short listicle, categorized geographically.

I would like to name one household filmmaker from every continent (I was taught there are 7 in school). This is a very subjective task, so I limited it to present filmmakers, whose films have received local as well as worldwide recognition. I am aware this listicle does not do filmmakers justice, which is why I want to emphasize viewing and analysing directors and films on a cultural level.

Among other films Gavin Hood directed Tsotsi, which takes you on a journey of six days in the violent life of a young Johannesburg gang leader. Putting aside the small UK involvement, it is a South African film, made by South African talent, for both the home market and for export. It is one of a small number of such films released in the last couple of years, marking a change in South African filmmaking.

Steven Spielberg will perhaps be most widely revered as the father of blockbusters. The most common theme in all his stories is the connection between people, and it is this wide treatment of human relationships which has so influenced contemporary film. Unlike other directors who often have a specific agenda to push, Spielberg has devoted his films, across genres, to representing how people interact, love and sometimes war.

‘I made this film for the Brazilian middle class,’ says Meirelles, 47. ‘It was an opportunity for me to find out more about my country. We abandoned this part of society and now we are reaping the consequences.’ Meirelles cut his teeth making TV ads – Brazil’s advertising industry is considered one of the most sophisticated in the world and its influence is visible in City of God. ‘Advertising taught me how to communicate my message,’ he says. ‘As an ad director I had technical resources not available to TV directors, which is the usual way you get into films in Brazil.’.

Meirelles’s film illuminated the desperate violence at the heart of Brazil, but in the process proved a subtitled film could have the visceral power and international impact of Hollywood at its best. While Brazil’s president Luis Inácio “Lula” da Silva hailed the film as “a needful call for change”, City of God‘s most significant achievement was to break foreign cinema out of its art-house prison.

Lars Von Trier has become known as one of the most interesting and controversial European directors. While he has on occasion publicly said things which have been derogatory, his impact on filmmaking is something that cannot be ignored. He was one of the founding members of the Dogme 95 movement that brought about a whole new way of approaching making movies, which effectively involved taking filmmaking out of the hands of Hollywood and returning to rougher and more amateur styles.

Zhang Yimoue graduated in the fifth class of the Beijing Film Academy in 1982, along with classmates such as Chen Kaige and Tian Zhuangzhuang. This graduating class formed a core of young filmmakers called the Fifth Generation who produced a new Chinese cinema that exploded on screens around the world in the mid-1980s. Fifth Generation films continue Chinese cinema’s long preoccupation with China as a nation. Their films dare to be different and dare to deconstruct the China they know. Two decades on, Zhang Yimou is one of the most prolific, versatile and significant of these Fifth Generation directors. His signature as a filmmaker is a storytelling mode dominated by visual display, especially of his female stars. This display is part of a complex picture of generation and gender in Zhang’s work that reaches back to debates on Chinese modernity in the early 20th century.

Without Strictly Ballroom, there’d be no Strictly Come Dancing. Without Moulin Rouge! there’d be no Glee. And without Romeo + Juliet, there’d be no Ten Things I Hate About You or any of the other Shakespeare adaptations aimed at adolescents.

Baz Lurhmann states in an interview with The Independent: “Executives would say ‘Ballroom dancing will never be popular in America.’ It’s crazy. I turn on CNN and the headline is ‘Trouble in Afghanistan’ followed by ‘And the Hoff has been thrown out of Dancing with the Stars.'”

As if to signify his contribution to what has become a cultural phenomenon around the globe, producers of this US version of the celebrity dance show even invited Luhrmann on as a guest judge, to explain to the audience the BBC original was “directly inspired” by his own film.

…”I’ve had people from the education system come up and say that has been their major instrument in re-engaging young audiences in Shakespeare.”

Such is the film’s impact almost a decade-and-a-half on, says Luhrmann, “sometimes teachers tell me they have a very hard time convincing students that Romeo and Juliet didn’t meet each other in a swimming pool in the original text!”

Mr. Pen Guin seems to have no special fear of humans and has approached groups of explorers without hesitation. This is probably because penguins have no land predators in Antarctica or the nearby offshore islands.

In June 2011, a penguin came ashore on New Zealand’s Peka Peka Beach, 3200 km off course on its journey to Antarctica. Nicknamed Happy Feet, after the movie of the same name, it was suffering from heat exhaustion and had to undergo a number of operations to remove objects like driftwood and sand from its stomach. Happy Feet was a media sensation, with extensive coverage on TV and the web, including a live stream that had thousands of views and a visit from English actor Stephen Fry.

Once he had recovered, Happy Feet was released back into the water south of New Zealand.

I hope a few of these names and their descriptions – whether from popular movies or not – spark your interest to further investigate and to be more aware of the impact films have socially as well as culturally. 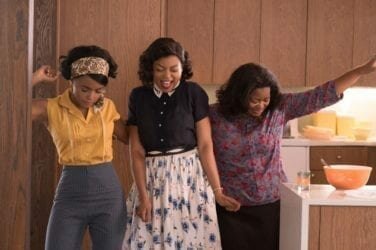 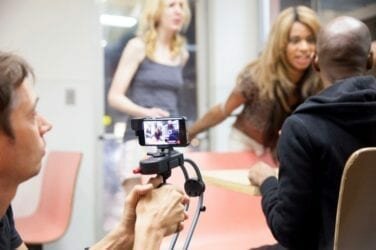 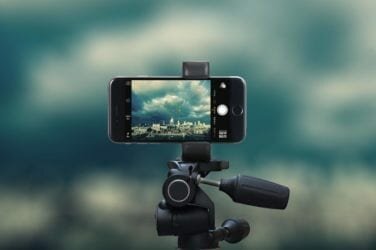