As a Casting Director I’ve seen all kinds of different self tapes. Some are great, others are bad and then there’s the few that don’t stand out at all.

How do you make yours stand out?

Are there right and wrong ways to put it together?

And how do you make sure you have the right lighting or sound or video?

Let’s take a look at these questions in more detail as I walk you through a step by step guide to producing your first self test.

Self tapes can become the deciding factor in whether you are chosen for a role or not.

Once you’ve received the sides (the piece of scripted pages for the role you’ll be auditioning for) you want to read everything you can. Often they’ll have a section crossed out telling you not to read those lines in the audition.

If you can still read the crossed out section do it! Not for the recording, but for yourself, in preparation of the role. It can give you more information about not only your character but the story itself and this will give your audition an edge that may help you stand out from the crowd.

Memorise what your character wants.

Don’t just memorise the words, memorise how the scene makes you feel.

What does your character want?

What is their objective in the given circumstances?

Which in turn will help you make stronger choices in the character and this will definitely stand out to the Casting Director and Director watching your self tape.

A reader is the person delivering all the other dialogue in the scene. They should never be seen on the camera with you, but instead sit close to where you’ve set up the camera to keep your eye line as close to the camera lens as possible.

I’ve seen a few self tapes where the actor hasn’t been able to find a reader and has done the self tape with either a black screen with the written dialogue or just long silences between the lines.

This can be a huge risk. While I have seen it work, I’d strongly advise you to find someone.

Even if it’s your mom!

The reader’s purpose is not to help move the scene along, but to show the Casting Director and Director that you know how to listen in a scene. Not just how to deliver a line, but how to be present on the screen.

Find a room that has a lot of natural lighting and is fairly quiet.

You don’t need a lot of fancy lights for your self test. Just make sure the room you choose has a lot of natural light and is quiet. Really the only thing to watch out for, is make sure the main light source isn’t being blocked by your camera or reader. You want to avoid shadows on your face.

Film it. I know this is probably the bit that’s more scary, but don’t over complicate the process.

Most everyone has a smart phone these days and the video quality is enough for a self tape. Heck! Some people are shooting their entire short film or even feature on their iPhone and no one is the wiser.

And if you’ve found a room that’s quiet, the sound should be fine too!

The Casting Director you’re auditioning for will probably give you some guidelines for your audition. Things like — asking you to say your name, agency, height and other facts before or after the audition.

If you can. Do the whole thing in one take. The details and the actual audition.

This shows the Casting Director and Director you have the capability to get it all in one take and will give you a stronger case when it comes to selecting the role. It’s not a guarantee, but it definitely can help your chances.

Hint — don’t hold the phone. Place it on a flat surface that’s high enough so your eyes are in line with the tiny camera. This will ensure the Casting Director and Director have the best idea of how you’ll look on camera.

Once you’ve recorded it, play it back to make sure everything is working. If it is, great! Move on. If not, do another take.

Send your self tape in with the correct formatting.

Again, the Casting Director will give you guidelines on what format to use for your self tape. Be sure to follow them carefully because some places may be different.

I’ve had self tapes come to me in the wrong format and haven’t been able to watch them.

The sad truth is, most Casting Directors don’t have the time to ask for an actor to send in another self tape with the proper format. They’re more likely to skip over your file and go to the next one.

The technical side of putting together a self tape can be difficult, but Google is your best friend. Type in the format you need and I’m sure you’ll find helpful guides.

And when in doubt find that friend who knows everything about computers and bribe them with coffee.

Why would this be a step in the process? Because a big part of your job as an actor is going out for auditions.

You’re not going to get everyone you audition for, so once you’ve sent one off, relax. Or in the famous words of Frozen — Let it go.

As long as you’re following the guidelines set out by the company you’re auditioning for, you’ve done your job.

And even if you’re still scared you’re doing it wrong, don’t worry about it.

So many of the self tapes that have come across my desk have been done poorly, but if you’re giving the performance of your life that will still show up.

Ultimately, there’s no right or wrong way to put together a self tape. There are only tools to help give your tape an edge over others and the biggest of those is — be yourself.

How To Make Movie Magic? The Art of Sound 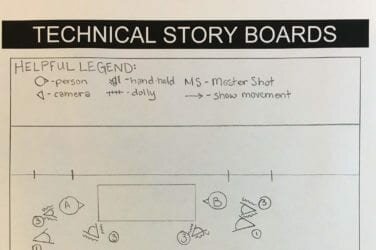 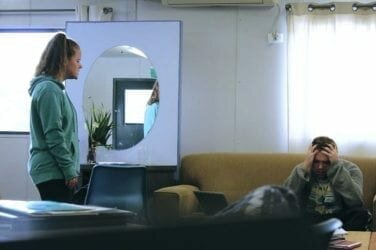 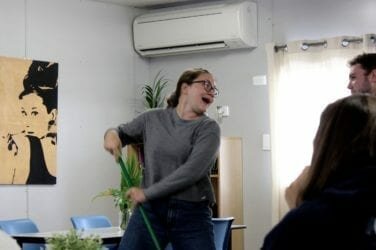 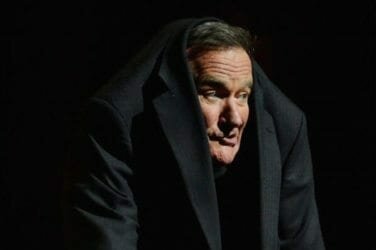 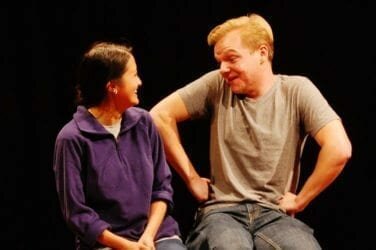 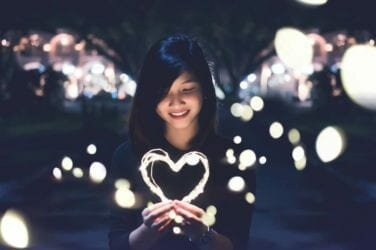