Looking for great, innovative shows to watch this year? Well we are in luck. There’s a lot of awesome shows returning and a bunch of newcomers that should definitely be on your list.

Here are seventeen TV shows I think you should check out (if you haven’t already).

Season 3 is on it’s way and I’m super excited to see what’s in store for the folks of Hawkins, Indiana. When last we saw them, our heroes were at a school dance enjoying life and first kisses, while we got a glimpse of the Upside Down’s wrath – a giant monster looming over the school.

Only time can tell what happens, but I for one am hoping the Duffer Brothers add in a couple more fresh and original characters – because they’re good at that – Steve Harrington and Barb are two of my favourite examples of this.

News for season 2 has been sparse. Netflix released the teaser above last February! BUT for those loyal fans still waiting – it is coming! While there’s still no release date, I’m hopeful it’ll be released later this year. Especially, when I read this from star and creator Brit Marling last November: short answer: @z_al and I just finished soundmixing chapter 2 so it is coming!

If this doesn’t give you enough info, she also had a longer explanation of why it was taking so long and I for one am so happy Netflix is letting them take the time to do the story right, instead of pushing them to have something now. Read her longer version here.

While season 3 is already half way through, this is an incredible show. For the first two seasons, I think I emotionally identified with at least one of the characters in every episode. Season 3 hasn’t been as amazing, but it’s still an incredible story about love and family that is sure to inspire you.

Back for it’s FINAL season, I cannot wait for this one. Another show that’s made us wait a bit longer between seasons, but it’s all worth it in the end. The quality of story and production just can’t be rushed when you’re making something on such an epic scale. Especially with all the storylines coming together finally. I’m most excited for the battles with the Night King. I just hope it’s not too painful to watch Viserion (the undead dragon) fight his brothers.

Jordan Peele is leading the helm on this spooky reboot of the classic series. While there’s no official release date yet, I am hoping the stories are as intricate and interesting as the next TV Show on my list.

Inspired by The Twilight Zone, every season of this incredible thought-provoking series has left me speechless. The innovative show recently released the choose your own adventure special Bandersnatch over the holidays, which has slowed production for season five. But it is coming and hopefully this year.

While there’s no release date available, we can keep ourselves entertained with the multiple scenes and endings of Bandersnatch. And if we’re really clever find the secret QR code hidden in one of the scenes which will take us to the Tuckersoft website full of Black Mirror Easter Eggs.

Based on George R.R. Martin’s novella of the same name, this incredible writer has penned 10 episodes for this Sci-Fi/Horror series. Written before GoT, this is one of the first stories exploring the “Thousand Worlds” universe created by Martin. The story originated when a critic said Sci-Fi and Horror couldn’t be combined and Martin wanted to prove the critic wrong.

With the release of several underwhelming Sci-Fi shows in the last few years, I hope this one will breathe new life into the genre. It’ll also be interesting to see Martin tell such a confining story as from what I can tell, the whole thing takes place on the Nightflyer spaceship.

The teaser may not be much, but I am excited for the next season in this Brazillian production. The dystopian thriller is the first Portuguese-language Netflix original and if you don’t mind a few subtitles it’s an easy binge.

I really enjoyed the character and world building of this show. At first it reminded me of Hunger Games, but it quickly took on a life of its own and I’m curious to see where they take the characters next.

This innovative show is only in its first season so far, but every episode has me hooked. Five years after it went missing, a routine flight full of people arrive at their destination and have to figure out how to cope with the missing five years. If that wasn’t enough, now some of them are hearing voices or what they refer to as Callings.

As each episode airs your opinion of the Callings changes and the show keeps you guessing if they’re good or bad. I’ve really enjoyed it so far and am curious where they’ll take it.

Another non-english show getting a second season on Netflix. Dark really kept me engaged. I highly recommend watching it with subtitles and not the dubbed version, as the dubbing just doesn’t do the actors/story justice.

I’m excited to see where they take this mystery/time-travelling show. The twists and turns they took in the first season have kept me thinking about this story since I watched it last year. If you haven’t seen it yet, go watch the first season – like right now.

Inspired by true events, the story follows a young girl and a reporter who are trying to discover the truth about her past. It looks a bit dark, so it may not be for everyone, but I’m loving this new trend in tv series – the limited editions – last year’s favourite in this style was Alias Grace.

Based on the comic book series written by Gerard Way, the story follows six “gifted” estranged siblings as they try to figure out how their adoptive father died and save the world at the same time. From the trailer it looks to be an innovative twist on The X-Men and I’m looking forward to watching it when it premieres in February.

New drama starring Robin Tunney and Adewale Akinnuoye-Agbaje (who will always be Mr. Eko to me) comes to the small screen this March. The story follows a suspected murderer and the woman who gets her second chance to put him behind bars. I hope the plot is full of fun twists, and edge of your seat scenes.

This looks hilarious and for some reason reminds me a bit of Dirk Gently’s Holistic Detective Agency. It’s already had one successful season and has just started the second.

The show stars Josh Hutcherson, who is a janitor with a dead end life. His one quality is he’s an excellent gamer and because of this, he’s recruited by a couple of futuristic fighters to save the world.

This is one of those shows I’ve never been able to watch but really want to. The DiMeo family are great at caring for their special needs son, but not so great at avoiding other obstacles and challenges. And with it being in its third season, this comedy must be doing something right. If you get a chance to watch it, or are already a huge fan, tell us what you love most in the comments below.

OK, so I completely binged the first season of this incredible show. Oh my goodness! Seriously loved it. If you haven’t seen it, stop reading, like right now, and go watch the first season. The release date for the second season hasn’t been revealed yet, but if it’s anything like the first, it’s gonna be THE best.

In its third season, this is one show I’ve found really captivating. The story follows a team of travellers from the future, who’ve been sent back in time to save humanity. With lots of twists and turns, and trying not to blow their covers, the show is super entertaining.

Other notable mentions are YouTube’s new show premiering in February Weird City, the Starz hit Outlander which is in its third season and has been awesome so far. And Australia’s first Netflix original Tidelands just premiered at the end of last year.

If you don’t see your favourite, mention it in the comments below so the rest of The Independent Initiative community can benefit too. 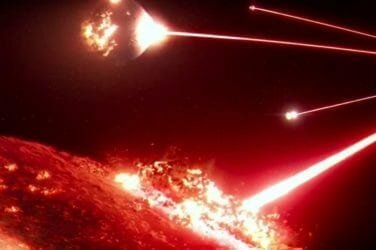 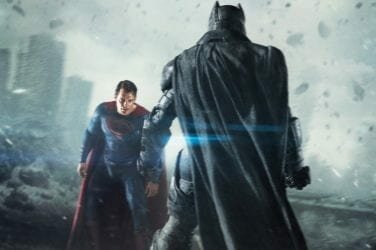 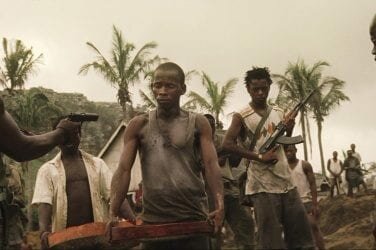 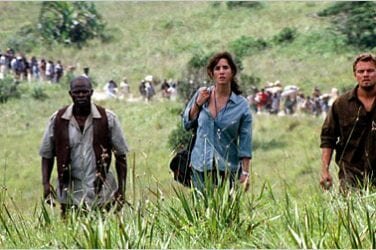