Actors do an incredible job of storytelling, some go above and beyond to portray moving and honest performances, and some we’ll never be able to forget. Of course there are many outstanding performances from actors over the years, but here are a few recent agonizing acting scenes that deserve oscars.

Emily Blunt blew us away in this highly intense and raw scene. Everything that could go wrong in an post-apocalyptic film did, the creatures invaded her house while being the only one home, she impaled her foot on a nail and her water broke and in the midst of it all she tries not to make a sound. Instead she silently suffers while contracting in a bathtub. I mean that alone seems impossible. Apparently not even the crew could handle the scene. But Emily made her performance so brilliantly believable that it was almost disturbing watching it. This scene has got to be one of the most vulnerable performances ever and Emily wasn’t afraid to go deep with her reactions.

Interstellar has got to be one of the best movies in recent years, thank-you Christopher Nolan. Matthew Mcconaughey plays a character with so many emotional highs and lows, in which he has to leave his family to find mankind a new home in space. One particular scene where he receives years of messages stored from his family, is one of the most heart wrenching moments which Matthew nails with pure emotion, as he watches the progression of his kids lives change his face shows us all the emotions he’s feeling, happiness, sadness, grief, numbness, and utter heartache. As the audience’s perspective Matthew does a great job at making us feel sympathy for him, he’s not afraid to let the waterworks out, it’s truly a powerfully and authentic performance.

Keller Dover (Hugh Jackman) has a pretty big burden on his shoulder, finding his daughter that’s been kidnapped. I couldn’t imagine the amount of agony Hugh’s character goes through. In the car scene with Detective Loki, Keller unleashes his rage upon Loki who is trying to get to the bottom of the kidnapper blinded by his own hurt he blames Loki for not trying hard enough. Through Keller’s anger he’s really just helpless and in desperation. Hugh is a force not to be reckoned with in this scene and he brilliantly shows the bitter anguish in such a devastating situation. It also rains during this scene, so you know, just adding in some more gloominess.

12 Years A Slave, is far from a comforting movie, it’s both challenging and compelling for it’s racial tension and brutality. The soap scene where Patsey, played by Lupita Nyong’o explains to Epps that she doesn’t have any soap to clean herself with, with carelessness he tells her to strip bare to a tree while being whipped. Lupita Nyong’o not only puts herself in a vulnerable position but portrays her character with fragility and a hopelessness which can be a pretty hard shoe to fill for a role. This scene was too horrific I could hardly watch it, and because this film is based on historical facts I couldn’t even imagine how Lupita’s preparation for this role was. Her performance in this entire movie is flawless and she well earned the best supporting actress Oscar award.

Captain Phillips is again, another intense and heart felt film, one of Tom Hanks rawest performances. In the finals scenes of the movie when he is being escorted back to safely, he is in the care of a nurse who affirms him that he’s safe, but the realisation for him is incomprehensible. Hanks does an incredible job at embodying the truth of the moment. The most brilliant part of his performance was how he acted in his eyes, we see his pain, confusion and distress. This film is a must watch and Tom Hanks demands your full attention.

Joseph Gordon-levitt gives a mesmerizing performance, Adam (Joseph Gordon-levitt ) has always tried to look after his health, but it comes to a crucial shock to him that he only has a 50/50 (hence the title) chance to survive from cancer. It’s a pretty intense role to play and covers some pretty honest issues. There are quite a few scenes during this film that expose the depths of what it’s like dealing with cancer and the trauma that comes with the long and tiresome journey. Joseph’s performance is so genuine that it’s like he’s not even acting at all, now that’s a sign of a great actor. Joseph dares to go deeper and isn’t afraid to show an ugly side.

Why so serious scene

By far the greatest villain. I could rave on about how incredible The Dark Knight was but I think we can all agree that overall it was a superb film. The Joker played by Heath Ledger stole the show on so many different levels. He brought so many unique mannerisms from the way he walks, how he speaks, laughs and licks around his lips. Ledger was totally committed to giving 110% in his performance. One of the beginning scenes where he explains how he got his scars, introduces his character so well. He sets the tone of a villain that is full of surprises, crazy and intimidating. His acting is so outstanding that no one could ever replicate his role as good as him, possibly plays one of the best Jokers of all time and leaving behind his most famous legacy.

Something common with all of these performers is that the actors weren’t afraid to go deep with their characters, and show us perhaps the more ugly and heart wrenching moments. These actors are truly an inspiration.

Behind The Scenes With Bubbles, A Bathtub and Mary Poppins 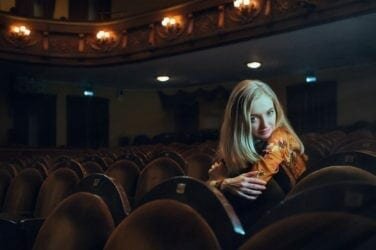 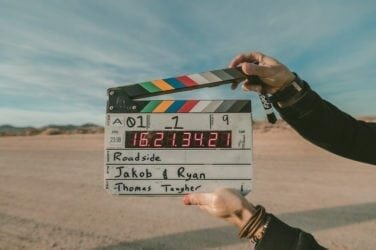 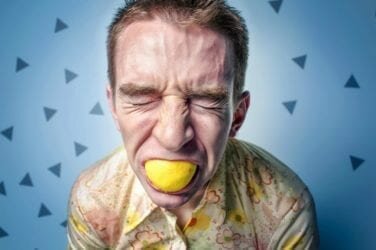 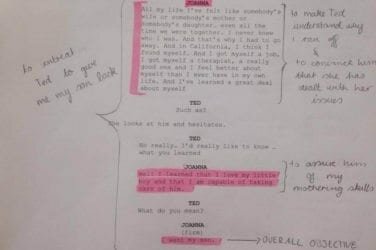 How To Squeeze The Crummies Out Of Your Script

Sometimes approaching a script might be a bit overwhelming or underwhelming in some cases. ...