Ok, that’s not entirely true. I’m not good at writing dialogue, and therefore I hate it. When writing a script, it’s always the thing I change a million times more than anything else.

This is probably because my least favourite experience as a screenwriter is sitting in an audition for my script, and hearing the shrill sound of my untested dialogue performed out loud. It makes me cringe every time, and takes everything within me to not assure the performers that the dialogue is still being tweaked (when in reality, I had no intention of doing so).

I get story; still don’t get dialogue.

I’ve done quite a bit of research over the years on how to create dialogue that doesn’t completely suck. I’ve grown a lot since my early days of “on the nose,” awful dialogue; occasionally, I now write a line or two that I am actually proud of.

I want to share a few tips I have learned over the years.

Many first drafts I read, include long conversations between characters that don’t really go anywhere. In real life, we have conversations like this all the time. However in film, it’s boring to watch a conversation that is totally pointless.

All this to say, if you include a line of dialogue in your film, have a holistic purpose behind it. David, over at screenwriting website whatascript.com, calls this “fulfilling dialogue intentions.”

When you’re writing dialogue, ask yourself the following questions:

Is it moving the story forward?

Is it revealing character?

Is it communicating relevant information or exposition?

Is it creating conflict between characters?

Is it calling forth emotion?

Your dialogue should fulfil at least ONE of these intentions. It could accomplish more than one, and is even better if it’s able to accomplish all of the above.

If your dialogue isn’t doing at least one of these things, then you should cut it.

We don’t always say what we’re thinking. Sometimes this is intentional, while sometimes we aren’t even honest with ourselves.

Think of when you’re yelling at someone close to you about being late or forgetting something at the grocery store. Are you actually angry about that particular thing? Partly, but you’re ACTUALLY angry about feeling disrespected or neglected by them. The tardiness/forgetfulness is the text, the disrespect/neglect is the subtext.

It’s easy as a screenwriter to write a conversation and focus the text on the disrespect/neglect. It’s stronger to keep it as subtext, under the surface.

The film Bridesmaids does this well; there are so many scenes that are entirely subtextual: Annie (Kristen Wiig) and Helen (Rose Byrne) have a “toast off” trying to one up each other’s toast to their friend Lillian (Maya Rudolph). The text of the scene is them trying to give a better toast than the other; the subtext is them fighting for position of influence in their friend Lillian.

Another great scene comes later, when Annie gets in a car accident and is discovered by a cop (Chris O’Dowd) that she’s had an on again/off again relationship with throughout the film. The text has them arguing about why she hasn’t fixed her car. The subtext? Their failed relationship.

Check out the “toast off” scene below!

Since you are only one person, the tendency is for all your characters to sound like you. Unless all of your characters have your exact same life experience, this probably won’t work super well.

Everyone is different and sees the world from the perspective of their own culture, education level, socioeconomic status, personality type, past experiences, etc.

This is why it’s important to know your characters; if you know who they are at a core level, then you know how they’ll respond in a situation and what they would and wouldn’t say.

This isn’t only about giving them a backstory (that may or may not be fleshed out in the film itself), but also giving them a “spine” or prime motivation.

What I mean by this, is the one thing that drives your character to do what they do. The character may or may not be aware of it, but it is there all the same.

For example, Nina Sayers’ spine in Black Swan is to be perfect; everything she says and does is from the desire to perform her dual roles in Swan Lake as well as her role in life as “the good girl,” perfectly.

Flesh out who all of your characters are, where they come from, and what drives them. The dialogue will flow out of them.

Something that my boss Jason Solari and I did a lot when we were writing Out of the Woods, was read the dialogue out loud. If dialogue felt unnatural or clunky, we would cut it or adjust so that it would flow more naturally.

This is important to do, because unlike writing in literature, film dialogue isn’t meant to be read; it’s meant to be heard. It might look beautiful on the page, but sound atrocious coming out of someone’s mouth.

I know a lot of screenwriters that even ask their acting friends to come in and do a table read of the script to listen to how the dialogue is sounding when spoken out loud and interpreted by performers. This will save you from cringeworthy auditions, where you’re embarrassed by listening to your own dialogue.

The greatest lesson I’ve learned about film dialogue is to not use it at all.

Like many of you, I came from a theatre background. Not on a professional level in any way; I was heavily involved in high school theatre as well as in college. I had grown accustomed to reading scripts from a theatre perspective, and had not read any screenplays.

Theatre almost always uses dialogue to move their story forward, because they have little other choice. The audience is so far removed from the stage that they almost have to. This is not so with film. We can move our camera directly in the actor’s face, or even focus in on an item or object in the scene if we so choose.

Film is a visual medium, and visuals should be used more than anything to push your story forward. A good practice to challenge yourself is to imagine your film as a silent movie; in the silent era of film, dialogue is displayed only when totally necessary. The story of the scene should be carried not in you dialogue, but in the action and visuals within.

Check out Steve McQueen’s dialogue-free scene from Shame and tell me you don’t know exactly what is happening.

I’m only skimming the surface here. There is so much that goes into creating great dialogue, and so many different approaches to creating it. Find out what works for you and go for it.

Screenwriting is an art form, not a science. Take these principles and forge a path forward for yourself. 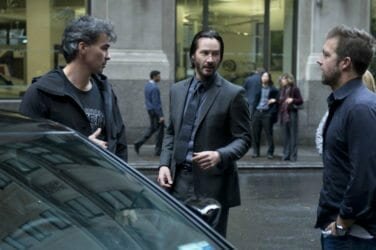 When creating a shot list or storyboard for a film, I usually find I ... 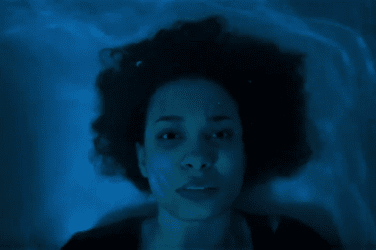 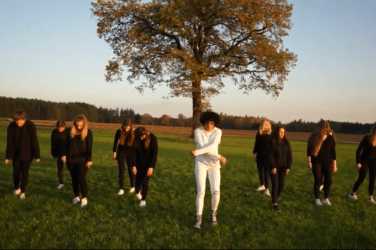 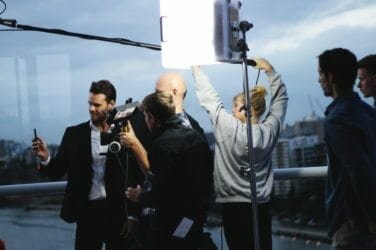 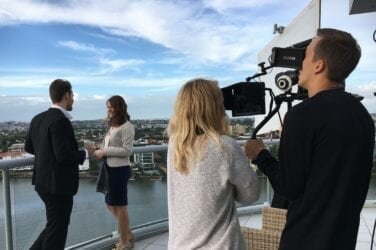