So you want to write for T.V. and come up with the next innovative sitcom? Well, I got news for you, you’re reading the write article (see what I did there?).

As a writer, no matter how creative you are, it’s important to know the rules for what you’re writing. It might surprise you to find there’s a completely different rulebook for writing T.V.

And not only are there different rules, but knowing the difference will separate you from an aspiring amateur to an aspiring professional (I mean look, knowing this alone won’t score you your dream job, but you’ll feel better about yourself.)

Okay, the first thing you need to know is unlike movies T.V. doesn’t work off a three act plot structure, depending on what you’re writing. For example, a 45 min drama script works off a two-five act plot structure, while a sitcom uses a Two Act structure and that’s what I’m going to be talking about today: Welcome to Sitcom 101.

For those of you who may not be familiar with Act structures, think of it like this:

ACT 1: You meet your character and their world ACT 2: There’s a Problem ACT 3: Character solves problem and learns.

(Disclaimer: In order to prep for this article, I read the pilot script for Friends – something my desk mate noted to be my loophole for watching T.V. at work. Anyways Friends’ pilot is a perfect example of a Two Act story, so I’m going to refer to that episode a lot.)

The basic setup for a Two Act episode: We’re introduced to our characters, their world, and dilemma in a straightforward fashion, and then in Act Two we’re given a bit more complexity to their situations as our characters solve their dilemma.

This is usually the bit that takes place before the theme song, hooking you into what’s happening this week. While every other episode of Friends has this, the pilot is missing this, which isn’t abnormal for pilots. However, it’s a crucial part of the T.V. structure.

ACT ONE:  Act One exists to introduce us to our characters and set up their dilemma.

In Friends, we’re introduced to the friends in Central Perk, they’re hanging out, chatting and giving each other a hard time. As the audience, we’re relating to this thinking, “Oh, I do that!” We get introduced to Ross and find out he’s divorced and then something exciting happens, we meet Jennifer Aniston.

In one of the simplest character intros ever Ross declares, “I just want to be married again!” and in comes Rachel, a frantic runaway bride. We learn about her past friendship with Monica, which quickly connects her to the group and now after about 20 minutes we know everyone and get a sense of not only who these characters are, but where the show is going as it sets up the most famous will-they-won’t-they in television history with a quick dialogue gag.

ACT TWO: After we have some fun getting to know our characters we get a deeper look into their lives and how they’re not as cracked up as they seem to be.

Ross isn’t coping with his divorce well, Monica’s dating life is a mess, Pheobe has the darkest past imaginable, Chandler hates his job, Joey is still waiting on his big break and Rachel realizes how hard making it on your own is. She nearly quits and goes back to her own life, but her friends inspire her to keep at it, and in turn, they inspire themselves to continue despite their problems.

We then get the reward at the end of the show where Ross asks Rachel if he could ask her out sometime, and then an epilogue showing Rachel now working at Central Perk.

THE TAG: Like the cold open, the tag exists to play us out and in some cases to act as a faux To be continued … In the Friends pilot, this is when the credits roll and Ross’ ex-wife, Carol, tells him she’s pregnant. It’s not crucial information because we’ll be re-introduced to this new set up next week, but it gives you the incentive to tune in again.

One thing you want to remember is everything in a sitcom structure caters to its 22-30 min format. They streamline information and getting to the point far quicker than 45-60 min show. This isn’t to say sitcom stories can’t be complex, or challenge convention (just look at Community) but it means you have to be very aware of your time frame when you write.

For as much of a “turn your brain off” activity watching T.V. is, learning to write for it is anything but a break. Honestly, my intended 30 minutes of research turned into about two hours, and me having to read a 60 page script! But it’s information you need to know if this is a career path you’re considering. I would suggest finding books, interviews, anything you can! Be tenacious and learn everything you can; good luck! 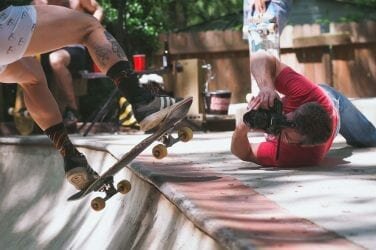 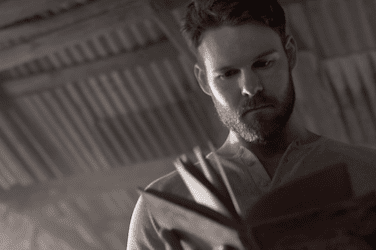 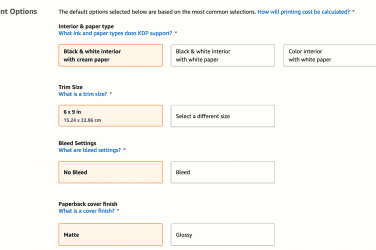 Hey independent filmmakers, have you ever considered adapting your screenplay into a novel? Here’s ...

When it comes to knowing how to make movies, screenwriters should pay special attention ...