The cult classic The Dark Crystal is getting a creative facelift with a new story, new characters, and of course, a new set of actors. They’ve released the cast list, and it’s filled with popular people from across the film and television landscape.

While we may not get to see the faces of these incredible actors, here are the voices that will be bringing life to the Gelflings, Skeksis, and other creatures that walk the landscape of Thra.

For those who haven’t seen the film The Dark Crystal, here is a breakdown for the important information. As the show takes place before the film, I’ll just give you the basics to avoid spoilers for the film or what could be coming in the show.

Gelflings: an elf-like species native to Thra. The main characters of both the film and the show will come from this race.

Mystics: the urRu, more commonly called Mystics, are sort of humanoid-dinosaurs. They’re described as the embodiment of peace and contemplation.

Taron Egerton will voice Rian, a gelfling. The character is a guard in the Castle of the Crystal from the Stonewood Clan. The Crystal Castle houses the Crystal that the Skeksis want. It’s unclear if the Crystal is dark at the beginning of the Netflix show. Taron Egerton, the ever rising star, can be seen in Rocketman as Elton John, Kingsman as Eggsy, and as the title character of the latest Robin Hood.

Brea is a gelfling and princess of the Vapra Clan. She has two sisters: Seladon and Tavra.  She’s voiced by Anya Taylor-Joy who is known for her roles in The Witch, Split, and Glass.

Deet, a gelfling animal carer and prophet from the Grottan Clan will be given life by Nathalie Emmanuel. This lovely actress has been in the Fast and Furious franchise as Ramsey, and Game of Thrones as Missandei.

Tavra is a warrior of the Vapra Clan and one of Brea’s sisters. She’s voiced by Catriona Balfe who is best known for playing Claire Randall/Fraser in Outlander.

Seladon is one of Brea’s sisters. Not much is known about her beyond that, yet. Gugu Mbatha-Raw is best known for her portrayal of Dido Elizabeth Belle in Belle, Plumette in Beauty and the Beast, and Mrs. Murry in A Wrinkle in Time.

All-Maudra Mayrin is the Queen of the Vapra Clan, leader of all Gelfling Clans and the mother of Seladon, Tavra and Brea. Helena Bonham Carter brings this queen to life. Maybe this time her character will be a bit more benevolent than some of her previous roles, like Bellatrix Lestrange in the Harry Potter franchise, Red Queen in Alice in Wonderland, and Madam Thénardier in Les Misérables.

Ordon is Rian’s father and a member of the Stonewood Clan. Mark Strong’s best known role is Merlin in Kingsman and Kingsman: The Golden Circle. He’s also recently been in Shazam! as Dr. Sivana.

Mira is Rian’s girlfriend. She’s also a guard at the Castle of the Crystal and a member of the Vapra Clans. Alicia Vikander can be found in the recent Tomb Raider as Lara Croft, as well as playing Gaby in The Man from U.N.C.L.E., and Ava in Ex Machina.

Gurjin is a member of the Drenchen Clan and Rian’s best friend. Harris Dickinson has recently been in The Darkest Minds playing Liam and Maleficent as Prince Phillip. He’s also set to reprise the latter role in Maleficent: Mistress of Evil.

Naia is Gurjin’s twin sister and a member of the Drenchen Clan. Hannah John-Kamen plays Ava in Ant-Man and the Wasp and Dutch in the show Killjoys.

Maudra Fara is the leader of the Stonewood Clan, Rain’s clan. Lena Headey is back playing a queen…or a leader-like character. Hopefully, this character won’t be as bloodthirsty as her Game of Thrones character Cersei Lannister. She also played Queen Gorgo in 300 and Lady Catherine de Bourgh in Pride and Prejudice and Zombies.

Onica is a member of the Sifa Clan who is brought to life by Natalie Dormer. She’s best known for her role of Margaery Tyrell in Game of Thrones and Cressida in both parts of The Hunger Games: Mockingjay.

Cadia is a member of the Sifa Clan and Onica’s father. Comedian Eddie Izzard played Roman Nagel in Ocean’s Thirteen, Bertie, prince of Wales in Victoria & Abdul, and lent his voice to Reeicheep in The Chronicles of Narnia: Prince Caspian.

Kylan is a Song Teller of the Spriton Clan. You may know Shazad Latif from his role of Kashal in The Second Best Exotic Marigold Hotel and Ash Tyler in Star Trek: Discovery.

Toby Jones as The Librarian

The Librarian is a member of the Grottan Clan who works in the Tomb of Relics. Toby Jones played Dr. Arnim Zola in Captain America and Captain America: The Winter Soldier.

Theo James voices Rek’yr, a member of the Dousan Clan. Theo James can be found in the Divergent series as the character Four.

Dave Goelz is the second actor to have been a part of the original film. He was the performer for Fizzgig and the Skeksis General.This time, he gets to play another Fizzgig, Baffi, this one with an eyepatch. Dave Goelz has also been in about a hundred other things, too.

Ólafur Darri Ólafsson as The Archer

UrVa, The Archer, is one of the Mystics, the only one currently listed in the show. He’s played by Ólafur Darri Ólafsson who’s known for his roles in True Detective, The Secret Life of Walter Mitty, and Fantastic Beasts: The Crimes of Grindelwald.

Aughra is the watchers of the heavens and keeper of secrets. She was in the film and is quite the eccentric character. Donna Kimball is another puppeteer added to the voice cast. You may know her voice from Sid the Science Kid where she played Susie and Zeke.

Sigourner Weaver as The Myth Speaker

Sigourney Weaver is the Myth Speaker. Yep. That’s what we know. We don’t even have a picture of the character, so I wonder if she’s going to be a narrator. Sigourney Weaver is best known for her portrayal of Ripley in the Alien movies. She also played Dr. Grace Audustine in Avatar, and she’s slated to reprise that role in all the upcoming films in the franchise, should they ever come out. Her voice can be heard in Finding Dory as the announcer at the aquarium.

Jason Isaacs as The Emperor

SkekSo or The Emperor is the cruel ruler of Thra. He’s someone fans of the film would recognize. Spoiler, he’s the one that died that set the story of the film in motion. Well, he’s still around in the show, since it occurs before the film. Jason Isascs also plays Lucius Malfoy in the Harry Potter films, Captain Gabriel Lorca in Star Trek: Discovery, and Dr. Hunter ‘Hap’ Percy in The OA.

Simon Pegg as The Chamberlain

SkekSil is the Skeksis Chamberlain, second in line to the throne. He was a bigger character in the film, so he’s going to be a character with a high bar to meet.  Simon Pegg can be found in a number of movies such as Shaun of the Dead, The World’s End, Hot Fuzz, as well as the Star Trek reboot series as Montgomery ‘Scotty’ Scott.

Awkwafina as The Collector

SkekLach is the Collector, collector of living creatures. SkekLach is a new character to the screen, previously only seen in written material about the world of Thra. SkekLach is voiced by Awkwafina who you may know from her Ocean’s Eight role of Constance and Peik Lin Goh in Crazy Rich Asians.

Keegan-Michael Key as The Ritual Master

SkekZok is the Ritual-Master and thinks he’s the emperor’s closest advisor. (Is he though? Probably not.) He tries to manipulate other Skeksis with false prophecies. He’s third in line to the throne, so he’s probably going to do something sneaky and underhanded. He’s another Skeksis fans of the film will recognize. Keegan-Michael Key can be seen in many movies like Keanu and Tomorrowland, and his voice can be heard in Toy Story 4 and in the upcoming Lion King movie.

Harvey Fierstein as The Gourmand

SkekAyuk or The Gourmand is another new Skeksis making his first appearance on the screen. He’s in charge of the banquets frequented by the Skeksis. Harvey Fierstein has voiced a number of characters over his career including Yao in Mulan. Now he adds The Gourmand to his resume.

Ralph Ineson as The Hunter

Another new addition is SkekMal, the Skeksis Hunter. He would call himself a sportsman, but he’s a brutal killer, sometimes even eating his prey. Watch out little Gelflings. The last of our Game of Thrones actors to join this cast, Ralph Ineson played Dagmer Cleftjaw of the Iron Islands, one of Theon’s men.

Andy Samberg as The Heretic

The Heretic is a Skeksis who is against the prophecy. He’ll be voiced by Andy Semberg of Brooklyn Nine-Nine. In addition to that, he’s also given his voice to characters like Jonathan in the Hotel Transylvania movies and Junior in Storks.

Benedict Wong as The General

SkekUng or the General is one of the physically strongest Skeksis and leader of the Garthim army. He’s also easily angered, so tread lightly. Benedict Wong plays one the tha Masters of the Mystic Arts by the name of Wong in Doctor Strange, and continued the role through Avengers: Infinity War and Avengers: Endgame.

Mark Hamill as The Scientist

SkekTek is the Scientist who now uses the Dark Crystal for experiments. Mark Hamill. Does he really need an introduction? Luke Skywalker. Star Wars. There have been other things, too, but do people really remember those? (Yes, I know they do. I’m kidding.)

Wow, that’s quite a cast. Keep an eye out for The Dark Crystal: Age of Resistance set to premiere on Netflix 30 August 2019. The community of fans of the film hold a collective breath that it does the world justice. 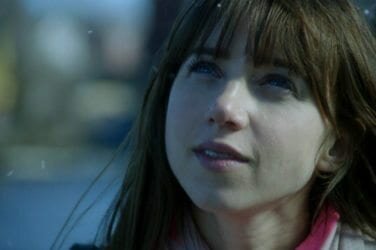 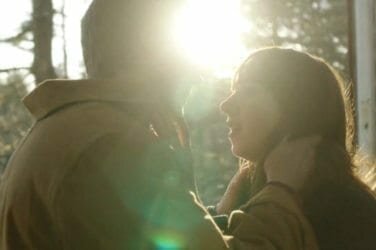 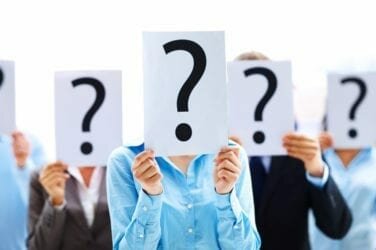 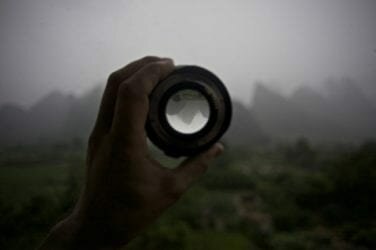 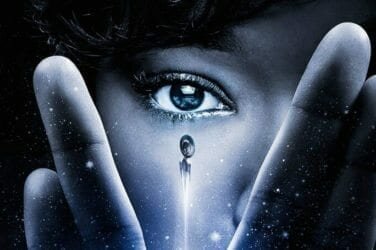 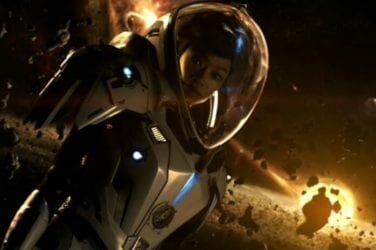