As a visual person I love long shots in film to help tell the story. It gives the actors more room to really get into the scene and react to what’s happening.

Long shots that follow the actors (called tracking shots) also reveal more of what is going on around the character, adding to the scene for what the character is dealing with.

To accomplish the shot, it needs to be choreographed down to the tiniest details. If one person does the wrong thing, the whole shot has to be reset and done from the start again. Therefore it requires hours of practice to make sure everyone gets it right.

Joe Wright, the director of the films Atonement and Pride and Prejudice, uses long takes in his films, for a good reason.

The Dunkirk beach scene in Atonement is a 5 minute long single take. What went into making it is incredible. Of course, this is your official spoiler warning as this takes place near the end of the film.

The scene revolves around Robbie Turner who, due to a grievous misunderstanding, has been convicted of a crime and is fighting in the war to be released from jail. When he returns he can be reunited with the woman he loves, Cecilia Tallis. He is injured, has arrived in Dunkirk after being separated from his troop, and is trying to get home.

The scene required a quarter mile beach that had to look like Dunkirk in the middle to end of the evacuation. The beach had to have a shipwreck on the shore, vehicles, horses, 1000 extras in full period costume, and the tide needed to be out to have enough space on the beach to film it.

According to the director’s commentary on the DVD, they only had the extras for one day so he knew they wouldn’t be able to get what they needed in multiple set ups.

I love seeing everyone do their job with precision in the long shots while at the same time as revealing important moments and plot points.

They rehearsed all day for the take and then a couple of hours before dusk they tried to get as many takes as they could.

In an email from the Stedi-cam Operator Peter Robertson to Luis Puli he said “The final take used in the movie was Take 3. We attempted a fourth but my timing was off and I missed my footing on the steps leading up to the bandstand. In a shot such as this, once the camera stops dead the shot is pretty much unusable. I realised, having given my all in the rehearsals (two of which were completed fully loaded with the camera) and three previous takes that I didn’t have enough juice in the tank to complete a fifth. It felt like I had just performed a ten-hour gym session and, in hindsight, I consider myself lucky to have even completed three takes.”

As a viewer I don’t see the preparation for the scene. All I see is 5 minutes of people walking, talking, doing their jobs (the characters). I don’t think about the trained animals or making sure the gun fires at a specific time. For me it just seems like a natural progression. I don’t see the exhaustion of the crew or the lead up to the individual choreographed moments. I just watch and experience in real time.

The Character and Story

The time and effort to get the scene right is amazing in and of itself, but what they required was showing Robbie’s situation and what his character was going through. He arrives at the beach severely wounded but hiding it.

What he sees is the evacuation of the beach but has no idea what is going on. He asks about what’s happening and in 26 seconds the entire situation on the beach is set up including the details of the evacuation and leaving the wounded behind.

All around him during this take is the chaos and absurdity of the situation. Horses are being shot and vehicles are being destroyed as they can’t be evacuated, so leave nothing for the enemy to benefit from.

Some men swim, others sing, some fight, some are dazed, some ride the carousel. All are dealing with it in their own way.

It’s filmed like being in a dream yet real as we follow in real time his progress through the scene. By showing what is going on with the destruction of the vehicles and horses, it shows the lack of hope around Robbie while he is taking it all in.

Robbie is in a nightmare. He knows he’s dying and in his mind he needs to get home. Now. He has to leave as originally planned. The panic and frustration rises and shows as he wanders around looking for a way out until he arrives at the moment when he realizes he’s not going to get back.

The scene builds to the moment when he looks across the water one last time with a steeled look before going inside. The final thing we see in the shot are some soldiers marching to the water as the next ones to go home.

The beauty of this scene is exactly what it is: one long take in 5 minutes of a character’s journey from desperation, through realization, frustration, panic, and finally grief and resignation. That happens while they show you the circumstances around him, which are influencing the character and his emotions and choices. This is why I love the long takes; showing so much in a short time with no break to take you out of the moment. 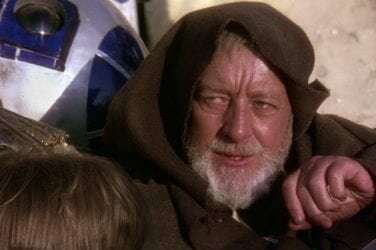 How to Get Away With Murder… Filming in Public

So you’re an independent filmmaker and you’re ready to take on the big city ... 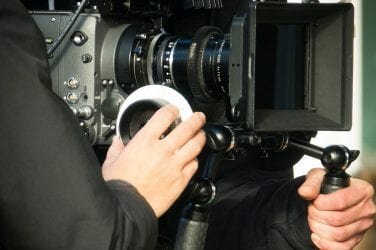