A Beautiful Day In The Neighborhood is an inspirational tale of family, strife and reconciliation through the immortalization and adoration of the incredible Mr. Rogers.

Last week I had the amazing opportunity to watch a pre-screening of the film A Beautiful Day In The Neighborhood.

Going into this film, I don’t really know what I was expecting, but I was pleasantly surprised by what I saw on screen.

The film switches between TV style and narrative to give homage to the original TV series. This was brilliantly done in my opinion. This helped any viewers who had never seen the original show to get a brief understanding of what it was all about.

The main story focuses on a man named Lloyd Vogel who is an investigative reporter for Esquire Magazine who gets assigned to do a profile on Fred Rogers, played by Tom Hanks.

As Lloyd interviews Mr. Rogers and sees him in action, hurts from his past begin to come to the surface and he is challenged with the necessity to finally confront them.

This film did an incredible job of not only showing the heart that Mr. Rogers had for everyone, young and old, who watched his program, but also the importance of reconciliation and restoration of relationship.

There were several moments where the film showcased how much people really loved and valued him as a person and a public figure, but also his humility in it. It was endearing to see the take they put on it.

One part in particular that stuck out to me was a moment where Mr. Rogers and Lloyd were on the subway and the entire car honored Mr. Rogers by singing the theme song to his TV program. It was so lovely to see how much of an impact he had on his viewers.

I also loved how much Mr. Rogers poured into Lloyd. Not once did he shut Lloyd out or abandon him, but rather he made himself available and willing to listen to Lloyd and be there for him in his times of need, even so much as to just sit and wait patiently for Lloyd to open up to him.

As the film progressed, we got a better understanding of the hurt Lloyd was struggling with. Through it all, Mr. Rogers was right there to be a confidant for Lloyd when he needed it.

The more Lloyd spent time with Mr. Rogers, the more his walls slowly crumbled. By the end of the film, Lloyd was able to come full circle and step into a new, redeemed version of himself.

Even though the film was heavily narrative based it captured the essence of Mr. Rogers’ Neighborhood so wonderfully. By the end of it, we were left with sweet admiration and love, not only for the film itself, but also for Mr. Rogers and the kind of person he was.

Even though the film chose an angle I wasn’t expecting, it paid so much honor to Mr. Rogers and brought back many memories of sitting in my living room as a child watching his show.

Tom Hanks’ portrayal of such a beloved TV personality was absolutely phenomenal! I was expectant that it would be incredible and I was not disappointed. Hanks perfectly tapped into the nature and gentleness of Rogers.

So many times it felt as if I was watching Mr. Rogers rather than someone playing him. Hanks was, as expected, the absolute perfect choice to portray such an amazing and influential person.

I am so thankful I got the opportunity to watch this film, especially with friends who never grew up watching his TV program because they were able to get a great insight into the person of Fred Rogers and the love he had for everyone he came in contact with.

I would highly recommend this movie to anyone and everyone. It is a heartwarming story of struggle and redemption. This is truly a creative film that has so much power to impact the lives of anyone who watches it. 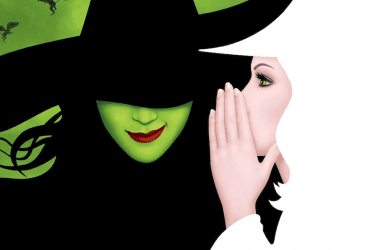 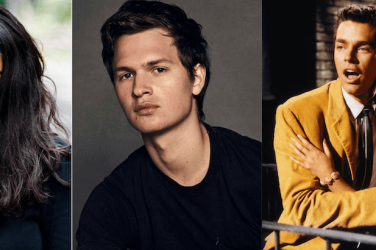