Improv is a great tool for actors. Some of the best moments in film and TV have come out of it. It helps breathe new life into a sleepy scene, and can also improve your focus, helping you stay present and creative.

When it comes to adding it into an ensemble cast there are a few things to keep in mind. You want to ensure the space remains creative and positive, because the truth is, not everyone loves improv. It can be scary for some actors, especially when they’re not used to navigating the unplanned.

The best way to do this is to remember the rules of improv. Most importantly the rule of “yes, and…” It helps move a scene forward and safe for those that are still learning how to use improv.

So for example, if you’re doing straight-up improv and your scene partner says, “Hey sis, what’s for dinner?” You would use this rule by agreeing with what they’ve put into place — the fact that you are their sister (this is the “yes” part) and then add to the scene (this is the “and” part) by saying something like, “Mom said we could order pizza, what kind do you want?”

In the last episode of Friends, Rachel asks if they all want to go for coffee and Perry used improv by saying, “Sure … Where?” There was a lot of freedom and trust between them and so even though it wasn’t a planned line or at least the joke of “where” wasn’t planned, they were all able to stay in the somewhat heavy moment of saying goodbye while still reacting to his line. It enhanced the scene and carried the story forward.

It’s a good idea to make sure your fellow actors know this rule, too. As long as they stay present there’s room and safety to improv. If they know this then they can agree to it and build on it. Even if they’re not comfortable to improv a line, they can still react truthfully and move the scene forward with the written dialogue.

It’s also important for you to build a reputation and communicate with the director and/or writers on areas you’d like to add some improv.

Sometimes you won’t always be able to discuss it beforehand, because it may not come to you until you’re in the midst of filming. If this is the case, take the chance and play it strong, don’t waiver. Trust that if the director doesn’t like it they’ll stop the scene and reshoot it. Otherwise, stay in it.

A great example of this happened in The Silence Of The Lambs. The noise Anthony Hopkins makes at the end of his speech about eating someone was improvised. If he had laughed after the sound it wouldn’t have worked. But he stayed present and it went down in history as one of the creepiest moments ever.

The same happened in the classic rom-com When Harry Met Sally. Harry and Sally are walking around a museum, and Billy Crystal decided to use a funny accent and improved a bit of dialogue. At one point you can see Meg Ryan looking off camera to director Rob Reiner, who motioned for her to stay in it. It worked, but it’s clear to the audience that she was surprised, but Ryan recovered quickly and stayed in it. And obviously, it was used in the cut of the film, instead of what had actually been planned.

Lastly, even during times when your ensemble isn’t using improv, don’t worry about making a mistake because sometimes the best improv moments come from mistakes. A really popular moment like this comes from Guardians of the Galaxy when Peter Quill almost drops the sphere when he’s passing it to The Collector, that wasn’t planned but director James Gunn loved it, so it stayed.

But let’s end with this moment from Friends … Remember when Ross mentions Rachel’s name at his wedding — the one where he’s marrying Emily? This came from a previous scene where David Schwimmer accidentally said: “Rachel” instead of “Emily”. He was supposed to be telling Emily something and instead said something along the lines of “Rachel, our taxi is here”. The writers liked it so much they changed the wedding scene.

It came from years of improv and creativity between the writers and cast. They worked together for every episode to see if there was a better or funnier way of saying it. Sometimes they even got input from the live audience. It was an incredible collaboration. And this is something that can help your ensemble grow closer together too. Collaborate with your team, to create stronger scenes and story. Most importantly, have fun creating with your fellow actors and filmmakers! 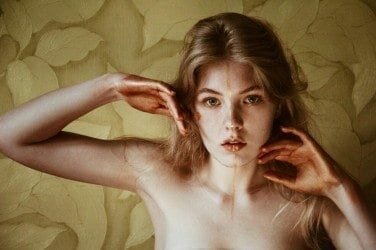 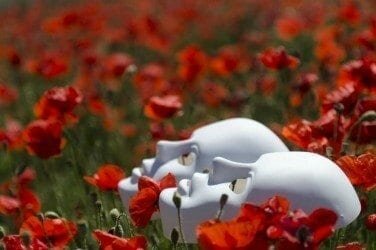 Why Knowing Your Type Is Important

Previously published on Backstage. I have a love/hate relationship with being typecast. I don’t ... 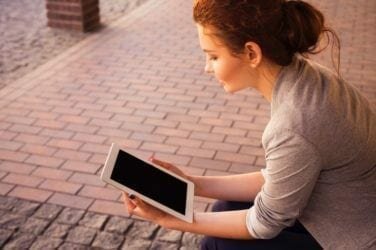