Life on set is crazy for anyone on the film crew, but how exactly does it feel for the actors? As an actor, I would like to share my experiences; what worked and didn’t work.  This will, hopefully, shed some light for those of you who haven’t been on set before.

Firstly, regardless of the chaos, set life was great. Being on set is one of those things that’s fascinating no matter what. It’s captivating to see the crew bustle around, communicating in a language unfamiliar and getting the show together in a blur of activity. It can also be pretty stressful.

My first time being on set, I had no idea what was going on. I tried to follow every moment, but it was a lost cause. It was quite daunting to hear the technical jargon and have no clue what was actually being communicated.

Soon I had become more acquainted with everything and was able to focus more, which greatly impacted my acting. I was no longer lost in the crowd, but instead, was able to respond well to direction and follow my cues. I became so enthralled by set life that I never wanted to leave.

I also learned fairly quickly that, unfortunately, there wasn’t time to sit and chat, everyone  followed a tight schedule and had important jobs to do.

Being an outgoing person, this proved difficult at times, but I adjusted and tried my best to reserve conversation for necessity.

Seeing everyone run around with lights and wires and yelling directions to one another caused a bit of a dizziness, but it was a dizziness I was happy to have. The hustle each crew member put into their projects was inspiring and made me desire to push myself.

It made me desire to put on my best performance to help everything run smoothly.

The atmosphere of a set is unparalleled. The hours are long, and nothing ever really seemed to stop. Yes, the director would call action, and, for those few minutes, it was quiet, but there were always things going on in the background.

Crafty prepped snacks. The script supervisor took notes. Grips steadied equipment. There was always work to tend to, and when it came to shooting, all hands were on deck. As an actor, the main focus was to practice lines and remain camera ready, which could prove difficult at times when trying to be a part of the action.

My focus was always on how I was affecting the outcome of our shoot. As an actor, I decided quickly that I would try my best to keep to myself and sharpen my performance so that it lightened the load on everyone else.

Set was stressful for many if not all who were attending, but that didn’t mean the experience is innately bad. Attitude was a major factor in the success of shooting. When one person’s attitude was off, everyone could feel it. That’s why it was important to remain motivated.

The hours were grueling, which caused stress, but the more positive I remained, the smoother the ship sailed.

Sometimes, the best way to help someone else out was to stay out of their way. That didn’t mean they didn’t want me around, they just needed the space to do their job.

Set life was both wonderful and tiresome. Those who have the passion for film, love to be on set, but also recognise that it’s a high intensity situation that requires attention and care.

We, actors, have a wonderful opportunity to be a great asset to any set, by understanding the atmosphere and remembering to stay in our lane. That doesn’t mean we aren’t valued, but sometimes the best way to help those around us is to keep to ourselves.

To all the creative people out there who are wanting to try their hand at film, I hope this proved inspiring for your first time stepping on a film set. 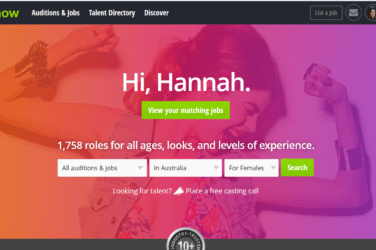 It’s important as actors to have our profiles stand out from the crowd. Here’s ...