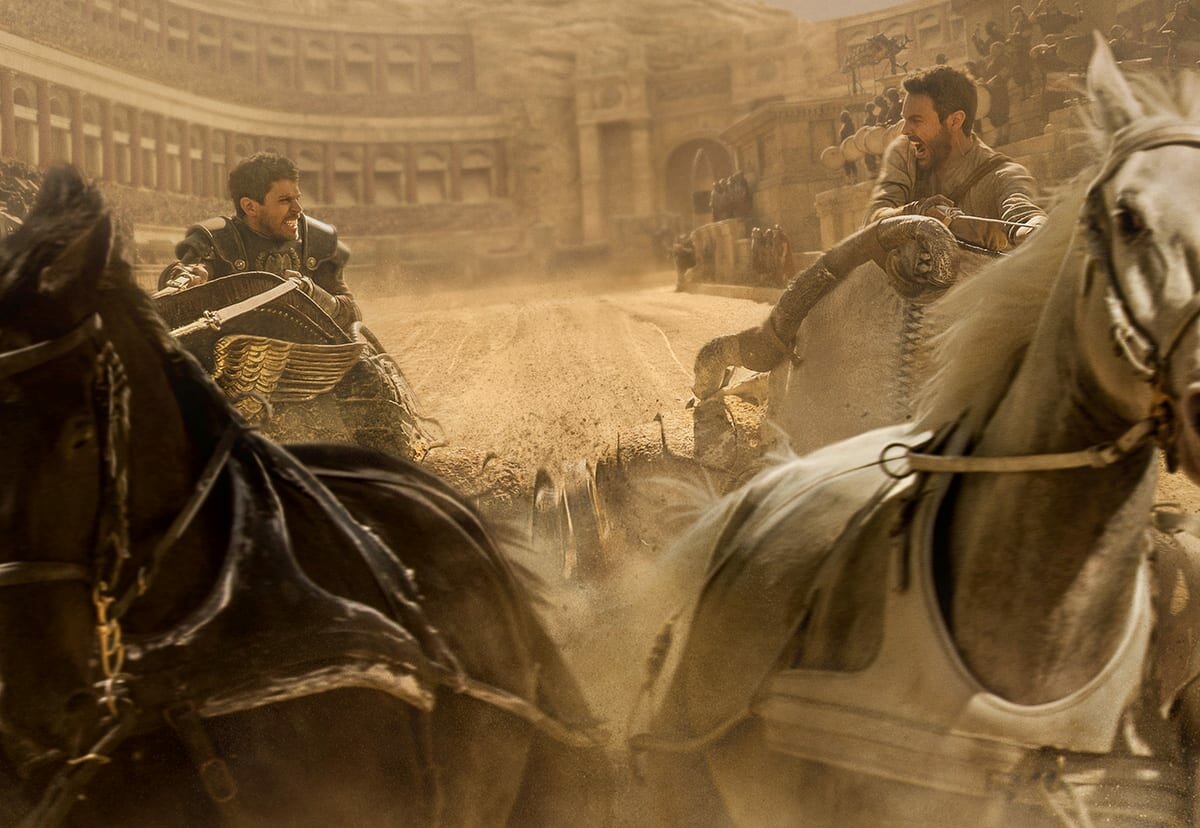 I am a huge sports fan, I always have been. One thing that has always annoyed me, is people comparing brothers who play the same sport to each other. They are two entirely different people with different skills and styles.

When I compare a remake or new adaptation of a story or film, I always feel like I am comparing siblings. I hate doing it but it is inevitable, especially if I like the first version.

The 1959 version of Ben-Hur is one of my favourite movies of all time.

I love the epic scale of it, especially the chariot race. Most importantly, though, I love the story of one man wronged by someone close to him, and the journey he goes through from wanting revenge, to finally forgiveness and letting go.

You can imagine my trepidation when I heard there was going to be a new theatrical version released in 2016. My curiosity and love of the story convinced me to go watch the movie see for myself how it was going to turn out.

I went in with low expectations and my filmmaker’s brain ready to go.

I can honestly say I was surprised.

The differences were enough to set it apart and tell the story. I am telling you right now this article is full of spoilers for both films. If you are unfamiliar with the story, you have been warned. 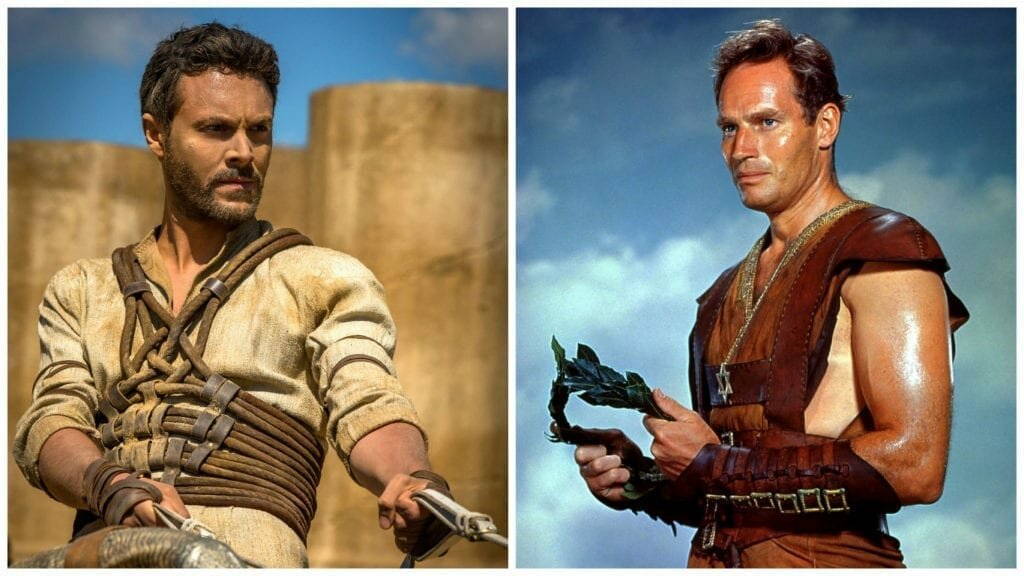 One of the major differences was how the films started. Both had narration, yet the new one started when Messala and Judah were younger, before Messala goes to Rome. I showed more of how they interacted and were raised as brothers. Early on we were shown their bond, which sets the stage for how the story plays out.

In the older version, it starts when Messala returns from Rome with no context given to us of their relationship. The only thing we know here is they are good friends.

In both films there was an attack on a Roman leader. The blame fell on Judah, in attempt to spare his family, yet the whole family suffered punishment and consequences anyways. How that came about was different, but the results tore the family apart in both versions.

What I found interesting was that in the new version Messala appeared to be more torn on dealing out the punishment than in the older one.

In the new one Judah’s sister, who is in love with Messala and he with her, and mother are sent to be crucified on Messala’s order. We don’t actually know they are not crucified until much later. Even Messala believes it was done, he doesn’t know they are alive. They were rescued and kept locked in a house and became lepers there.

In the older they are imprisoned and forgotten, becoming lepers, then being sent to the Valley of the Lepers. Messala knew all this as his right hand man found them in the prison. 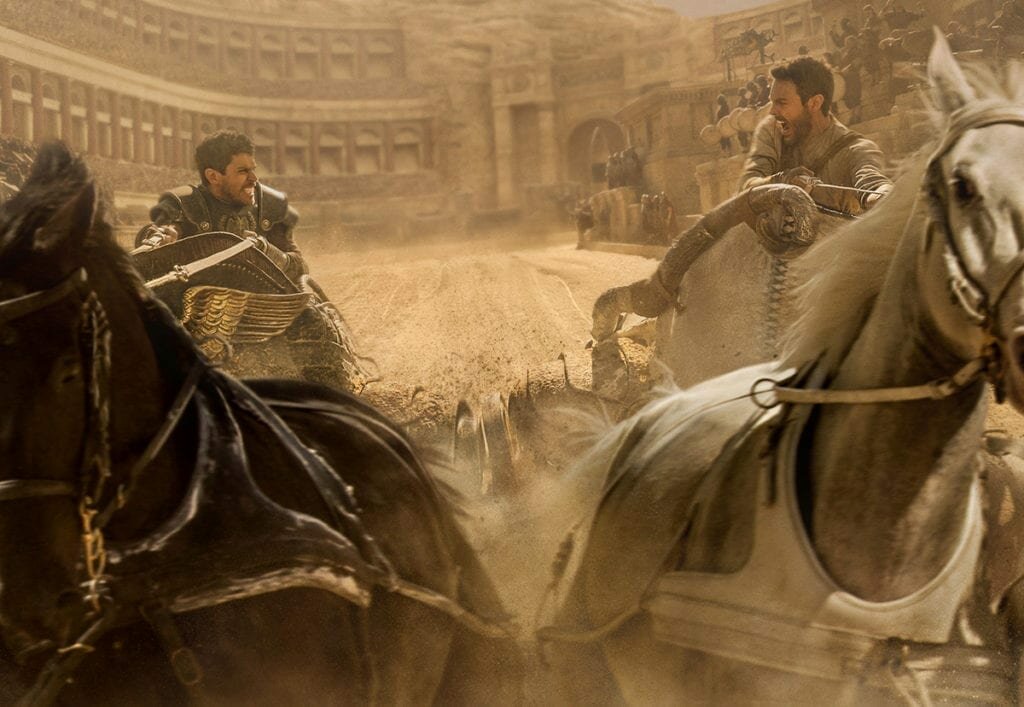 Revenge of the Betrayed

In the older one, Judah believed his mother and sister were already dead and it stayed that way. He wanted to take Messala’s life for the ones he lost as his act of revenge against Messala’s betrayal.

In the new one, Judah finds his sister and mother before the chariot race, as opposed to after, when Messala tells him where they are in the older version.

This was, to me, a pivotal change as it gave Judah more drive for revenge. At this point he was already wanting to kill Messala, but it gave him more determination as he placed all the blame on Messala for the suffering his family went through as opposed to just being killed.

It was a stronger choice as it showed the character’s journey from pacifist refusing to kill, even helping those in trouble that believed differently from him, to willing to kill.

Judah is sent to be a galley slave on a Roman ship as his punishment. When Judah was chained on this ship, Quintus, a Roman soldier of renown, is introduced.

In the new version he is a small character that showed Judah’s development from pacifist to hardened and bitter. When the Greeks attack Quintus falls off the ship and ends up dangling from Judah’s oar. Judah looks him in the eye and dumps him off the oar.

Now this is a big departure, but I thought it was an interesting idea and I kind of liked it as I feel it fit what they were doing with the story.

In the old one Quintus survives, adopts Judah as his son, and takes him to Rome. Judah lives there and eventually wants to return home. While interesting and fitting for the 1959 version, it wouldn’t have worked in the new one due to the shortened length of the film. 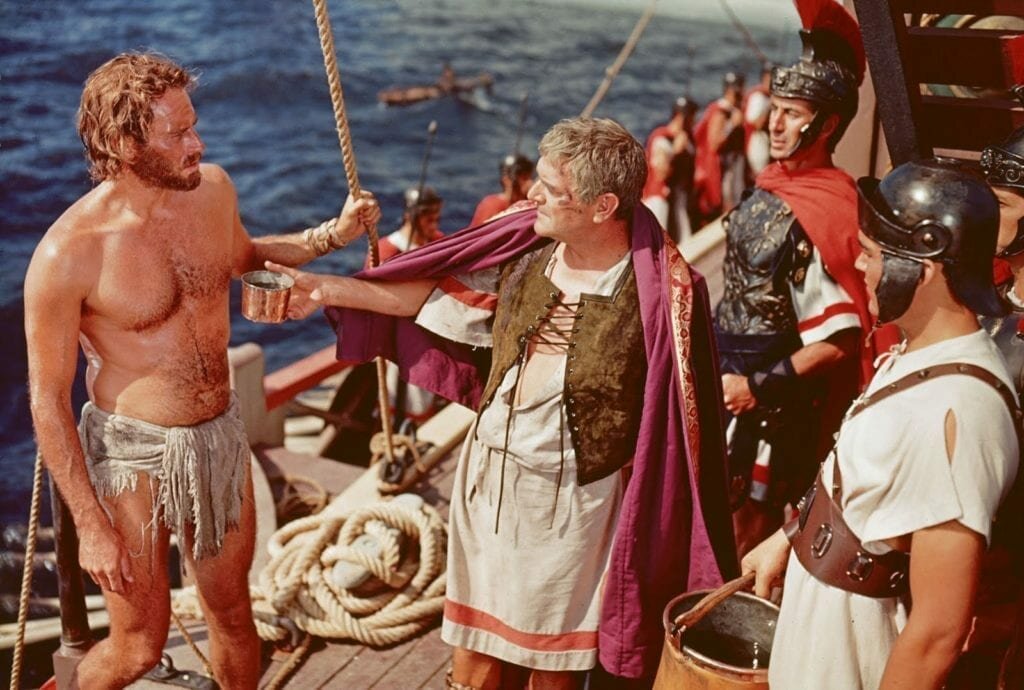 The Son of God and Man

The final major change I will go into is the depiction of Jesus and how Judah finally finds forgiveness. Jesus was shown to be more relatable as a man, not just the revered sacred God figure as in the older version. He still had the presence in the newer version, but he was not some unknowable figure.

When Judah goes to give Jesus the water to drink on the way to the cross, Judah grabs a rock to attack the Roman hitting Jesus, who then says “Judah. I choose this.”

Judah then follows Jesus to the cross and hears him say “Father forgive them. They know not what they do.” and watches him die. 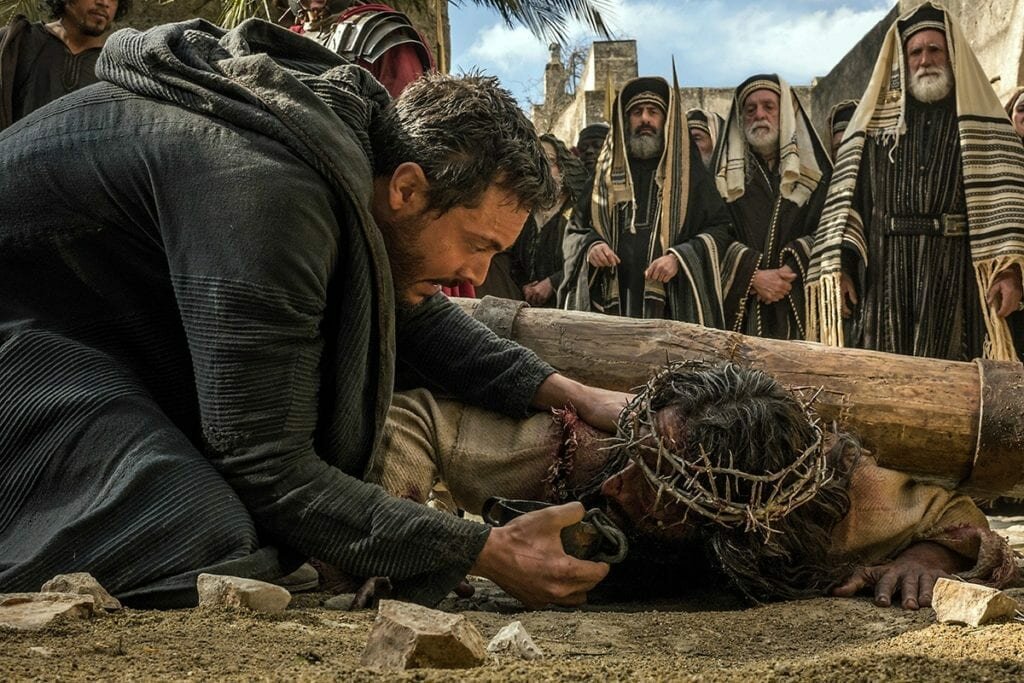 I found this part interesting and it worked in giving Judah something to think about and realize what he needed to do. Then he broke down and collapsed, sobbing. In the old one Judah just looks at Jesus stunned and then goes home to find his family healed.

I have many more thoughts on the 2016 version of Ben-Hur. What I got from it, what I liked and didn’t.

It’s like comparing the 2005 version of Pride and Prejudice with the 1996 mini-series version. They are both two different interpretations of the same source material and they are, and should be allowed to be, different. 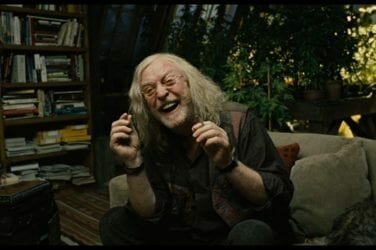