Welcome to part 3 of How To Get Away With Editing, basic editing advice for independent filmmakers and film students.

In the first two articles we talked about what editing is and how to find the pace and heartbeat of your film. For this article, I will get more specific about when you should cut, why to cut, and most importantly, how to cut.

The job of the editor is accomplished when nobody even notices. The time and space of the story should appear continuous. It’s your job to convince the audience the clips used, which have been filmed completely independent of each other, are actually part of a continuous story.

If the edit is messed up the audience will notice. They may not see what went wrong exactly, they’ll just know something isn’t right. So here are 7 ways to cut like nobody notices.

Mostly common during scenes containing action, cutting on the action means you would cut right in the middle of an action to a different angle of the same motion.

For example, you might shoot two people about to shake hands, you have a medium shot of Person One putting their hand forward, halfway through that motion you cut to a close up the hands meeting in the middle.

These cuts happen constantly during fight scenes. Cutting on the action helps the scene flow together much smoother than if you were to show the whole motion and then cut.

Whenever you transition from one scene to another you can take the action along with it.

It’s when characters, objects or movements replicate each other between different scenes.

In the same family of matching the action, an ideological cut takes an idea or concept from one scene and shows it in the next.

‘To insert a contrasting camera shot into a take by cutting’. Basically you’re blending two sequences or scenes together in order to create the illusion of simultaneous action.

Eg. One character picks up the phone to call a friend because they’re in trouble, cut to the phone ringing on the other end, except the friend just broke both their legs and can’t make it to the phone. They see the phone and hear it ringing but are helpless. The person who made the call is growing increasingly anxious the longer the phone rings.

Although these are technically two different scenes they appear simultaneous because they constantly cut back and forth, which creates anticipation.

These types of cuts aren’t usually used unless the editor has a little more experience.

Cutting from one shot to another with an angle less than 30 degrees counts as a jump cut. These cuts often look bad if not done right, but when done correctly they can bring a unique aspect to the story.

The scene should have been shot with more than one angle and those angles should have been filmed in a way that clearly differentiates the shots from each other, otherwise the audience will notice and we don’t want that!

Jump cuts are often more an artistic choice. These are a more common style of editing in vlogs, but that’s because the audience knows it’s not a fictional narrative.

However, jump cuts can still be useful to show the passage of time or might be used in a dream sequence, but once again they need to be used in the right way, a way where the audience has already established for themselves what is happening in the story and where it’s taking place.

A general rule of thumb with jump cuts is not to use them unless you’ve already had plenty of experience with editing. I’m not saying don’t try it though, editing takes practice.

In an ideal world, the production team would have shot inserts, which are shots (usually close-ups, but not limited to) of various people or items in a scene. This is a way to show the audience exactly what is being referred to, but inserts are also great for covering mistakes.

From the scene I described previously, with intercutting back and forth between two separate locations, you could show a close-up (insert) of the phone while it’s ringing.

In this Slumdog Millionaire scene, we see inserts of the photograph which establishes its significance.

Editing isn’t just visual. A way to help a scene flow into another scene or keep the edit flowing within the scene is to use audio morphs.

There are two different types of audio morphs. ‘J’ and ‘L’ cuts. The names are given because that is literally what the cuts look like in the edit.

Notice in the following scene the audio often overlaps throughout several shots.

All of these types of cuts aren’t the only ways to edit a scene, which is why the best way to get good at your job is by practicing, so get creative and start editing!

A Beautiful Time To Be Alive, Welcome To The Neighborhood 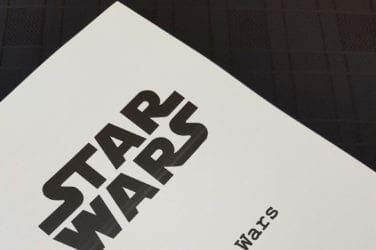 Congratulations, you tenacious creative, you have a script. Now, lock it. It seems like ...