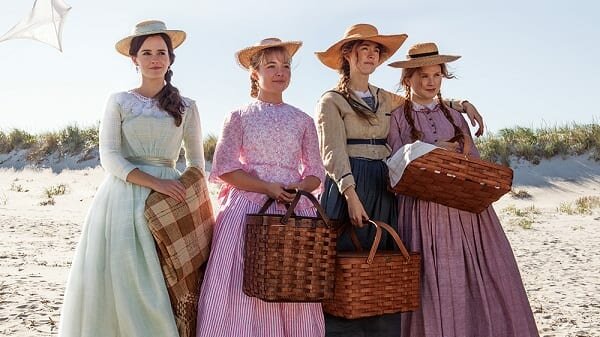 Greta Gerwig, the creative mind behind Lady Bird (2017), has once again showcased her talent by directing the wonderful Little Women (2020). If you haven’t yet seen it, I highly recommend it.

Based on the book by Louisa May Alcott, Little Women follows the lives of the March sisters from the perspective of Josephine March. It’s a classic tale that has spanned generations and touched the hearts of many, if not all of its readers.

Greta Gerwig has taken on the challenge of giving a fresh face to the story, and she did not disappoint. Not only was the story beautifully interpreted, but the cinematography and casting was remarkable — Saorise Ronan as Jo March, Emma Watson as Meg March, Timothée Chalamet as Laurie, Meryl Streep as Aunt March, and so on.

The chemistry between the cast was evident in their performances on screen. Watching how they interacted with each other really showcased their comfortability and familiarity with one another.

The cinematography was also amazing. The way the camera was placed gave the feeling of being right there with the characters. It helped the audience to experience the film from a more personal level. The flashbacks were beautifully portrayed and helped guide the story to its finality.

Something I thought was very smart was Greta’s choice to shoot in the actual house the book is based on. This gave the actors a whole new feel to the story and actually helped influence the tone of the film.

The scenery was also magnificent. The hillside where Laurie confesses his love to Jo was, I think, one of the most beautiful scenes in the entire movie. The scenery around the two was picturesque, filled with brilliant autumn colours, as well as fantastic blocking of the characters.

Jo is above Laurie in the scene, with Laurie slightly below her on the hill as he is pouring his heart out. This blocking is symbolic of her having the higher ground in their conversation, which inevitably leads to her rejecting him.

I also believe the choice to have this scene during the fall is smart because this can help symbolise change in their relationship, but in an unfortunate way.

I also loved the staging of the streets. The bustling nature of the townsfolk going about their day, mixed with the hustle of the March sisters all walking arm in arm was such a captivating scene.

Several scenes brought me to tears with the power they held. Not only was the staging perfect, but the acting was what really brought it home for me.

As an actor myself, seeing the interactions and depth each cast member brought to the table was inspiring. It felt as if I was right there with them, going through the same struggles they were. Even the fun times they had, it felt so real, as if it was actually happening. The cast did a marvellous job living truthfully in the world Greta was creating.

This movie was a wonderful call back to a book that has touched the lives of so many.

This film was one of, if not the most beautiful movies I have ever seen.

The dynamics within the cast paired with the cinematography and scenery was nothing short of spectacular.

I would highly recommend anyone out there to give this creative film a watch. I promise it will not disappoint. 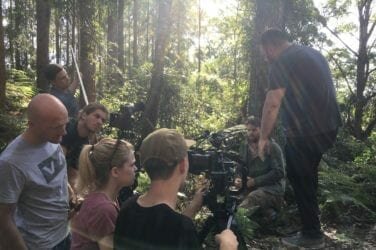 If you want to know how to make movies, be sure to look at ...

This insider look into director of Honey Boy Alma Har’el’s reason behind the creative ...