One of the most creative kids television shows, Avatar: The Last Airbender, has a huge community of fans that stretches across age groups. As a fan in my late twenties, it’s still one of my favorite shows.

2020 marks fifteen years since the first season began to play on kids television. So, in honor of the anniversary, I’ve made a list of my fifteen favorite stories. Here are numbers 15-11.

I love this episode, because it shows Zuko beginning to take responsibility for his past. It also has him dealing with the consequences of his earlier choices.

There’s the dynamic shift within the gang when Toph and Appa stand in Zuko’s defence. The others are caught up in their prejudices — no matter how founded from past experience they may be — when he’s trying to rectify some of his mistakes.

Then, the moments of comedy and humor to a tense episode. Sokka’s strange plan of tricking Zuko into being their prisoner by telling him he’ll be their prisoner gives me the same reaction every time I watch it, the same reaction Katara has. And when Zuko is trying to figure out the best course of action by imitating the people who he sees as powerful shows how well he knows those people in his life, but also just how confused he is at this point in his life.

14. Bato of the Water Tribe

I know I may be in the minority here, but I love this episode. It shows how seperated the trio’s world is, without pushing it in your face. Each of the nations are so isolated. Some of it comes from geography, and that can’t be helped, but there’s also the traditions of the different nations that sets them apart.

Aang has felt this divide ever since he came out of the ice, something he had to address a few episodes earlier in “The Storm”. His entire world fell apart when he realized how alone he was, and all he has, now, is Katara and Sokka. Up to this point, he’s been the center of their world as they’ve traveled.

Bato enters the picture, and they have a link to their father, which just reminds Aang of the separation all the more. When he’s given the information on Hakoda, he doesn’t want to tell the others, because of his fear of losing them. And when the truth comes out, he’s forced to deal with the consequences.

I also love the “ice dodging” scene. We see so much of what Sokka has been dealing with as he’s grown up. The one thing his people do to show he’s a man he was never able to do, and in his mind, that makes him less of a warrior. Add to that, his father left him behind when the other warriors left, he’s been fighting an internal battle over his worth. The end leaves him with an assurance from someone else that he is as strong as he thinks should be.

After a season of trying to get to the North Pole, the trio arrive. The Northern Water Tribe is vastly different from their southern counterparts. Sokka’s a hopeless romantic, and it’s the epitome of precious. Too bad that doesn’t last long.

Aang and Katara find waterbenders and a master who can train them… except he won’t train Katara. This really annoyed me, but her throwing down with Master Pakku at the end was amazing. She didn’t let her abilities stand in her way, even when she knew that he was far more skilled.

The mirrored dynamic between Zuko and Katara is beautiful. Zuko is normally the character who attacks head on, while Katara is more reserved when dealing with opposition (she tried that at first). But in this episode, Zuko is in disguise and all about sneaking behind Zhao’s back. Katara, on the other hand, calls out Master Pakku and challenges him even when her skill is lacking.

Ultimately, Zuko succeeds in getting to the North Pole without Zhao suspecting a thing, while Katara gets beat down again and again. Don’t let anger and ego get in the way.

12. The Crossroads of Destiny

This episode is amazing, because it shows the power of choice. All the characters are put in situations with impossible choices. My favorites are Sokka, Katara, and Iroh.

Sokka’s choice isn’t something groundbreaking or a huge plot development. He has to choose between two people that he loves: his father and his sister. He’s finally doing what he needs, to feel he has value; he’s getting ready to sail off with the warriors of his tribe to fight in the war. But when Aang shows up, he has no certainty beyond Aang’s vision that Katara is in trouble. Yet, he goes with Aang. This shows how much he’s changed, as he puts value in the visions he so easily disregarded a few months before.

Katara has such a compassionate heart. She was willing to use the water from the spirit oasis to heal Zuko, even though he had done nothing but chase and hurt her in the past. That choice could have changed the course of the series. Had she used it on Zuko, she wouldn’t have been able to heal Aang and bring him back from the brink of death.

Iroh, while not a main character, has one of my favorite choices in the episode. He has to choose between the Avatar and his family. Zuko made a choice to side with Azula. Up to this point, Iroh has stood beside Zuko’s choices, even if he disagrees with them, like in the episode “The Avatar State.” We don’t know the reasons behind his choice to side with the Avatar. I think he knew Aang was the world’s last hope at stopping his bloodthirsty brother. That led him to the choice of allowing himself to be arrested and imprisoned. I think he chose that, because Zuko would be able to find him and speak to him should he need it. He could easily have escaped, as we see much later, but he chose to be the support he knew Zuko needed.

Sokka is such an interesting character. He goes from thinking benders are ridiculous to knowing they’re powerful, respecting that power, and using it to their advantage.

This episode explores the inferiority that he feels. He’s not a bender in a group of master benders. In a fight, he doesn’t pose much of an adversary, while the others easily jump in to deal with the bad guys. The others have had training to become the best, so Sokka finds a sword master to get some training as well.

While he seems to be the most eccentric student Master Piandao has ever had, the master takes it in stride, even finding some of Sokka’s choices amusing. I loved how in the end, Piandao says his craft shouldn’t be restricted to one nation, but open to anyone willing to learn.

Check back soon for more of my list. Did any of these episodes make your list? Which creative episodes do you think will make my top ten? 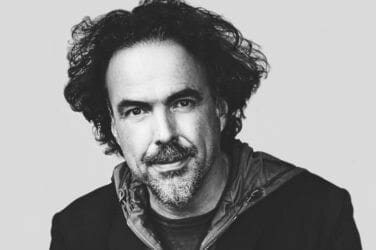 Today’s episode of Small Beginnings takes a look at a director, producer, screenwriter and ...